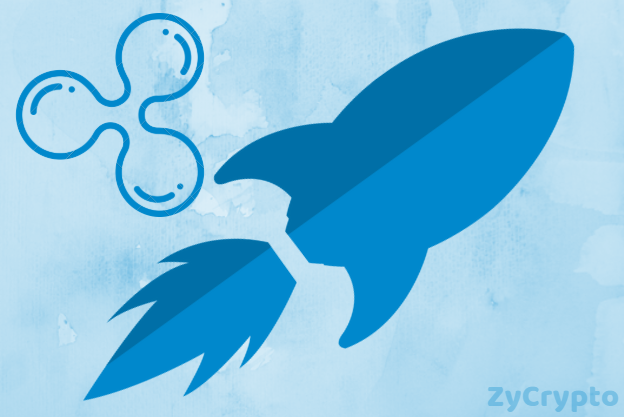 The price of Xrp the cryptocurrency that is owned by Ripple is presently trading below $0.30. It is among the many coins that experienced a great bubble towards the end of last year and mid Jan 2018 after starting at a price of $0.006 and later attained a highest value of $3.84.
It is presently having a market capitalization that is above $11 billion after losing more than 1000% of its value due to the high volatility of the market.
Some of the products of Ripple like Xcurrent is used in more than 120 banks to monitor to position of a given transaction among the banks that had adopted it. It’s scope to register at least one financial institution every week is gaining group irrespective of the fact that other blockchains like Stellar Lumen blockchain has the same mission of reaching the locations with the unbanked people in the world.
In a recent interview, the head of Ripple regulations and relations in Asia-Pacific and in the Middle East Sagar Sarbhai said that, “XRapid could be launched next month or so.”
He continued by saying that:

“I am very confident that in the next one month or so you will see some good news coming in where we launch the product live in production.”

XRapid has about 10 companies like Moneygram, Western Union and others, that joined in it’s beta testing.
XRapid will help two international banks to complete a given transaction at a shorter time and at lower cost.  Take for instance, A wants to send fund from a Bank in U.S to his relation in U.K.
All that will be done is that, the bank in US will convert the fund to Xrp and send to the person in U.K through a bank over there. The bank will now convert the Xrp received to U.K pounds and then pay the recipient.
Sagar concluded by saying that:
“A couple of years ago the narrative was: blockchain good, crypto bad,” he told CNBC. “What we’re now seeing is more and more regulators, policymakers taking the whole space in one conjunction,” he said.

“So, I think that narrative thankfully is now changing because policymakers, regulators are seeing that there is a strong benefit that digital assets, cryptocurrencies bring in.”