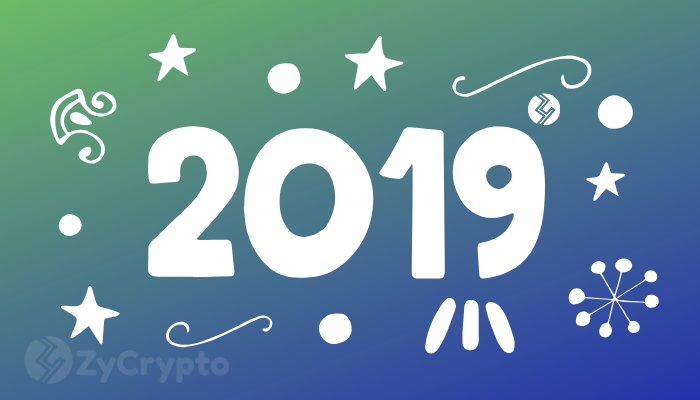 The cryptocurrency scene is an ever-evolving one, that is consistently unveiling itself as a pillar upon which global socioeconomic structures will be built upon. For a technology that is still in its infancy, cryptocurrency has received massive adaptation since 2009, when the world’s largest cryptocurrency (Bitcoin) was incepted.

Ever since then, the cryptocurrency space has been exploding in leaps and bounds. 2018 has definitely awed traders in more ways than one, however, as a new year approaches, traders are awaiting yet another extensive adrenaline rush as they anticipate a 2019 that erases the reign of the ongoing bearish trends.

The new year is certain to nurture a handful of events and more importantly launch and nurture most of the highly anticipated features that have been established in 2018. The rise of institutional investors was highly pronounced this year.

With the likes of Bakkt moving into the cryptocurrency space, it is certain that an increment in trading price and volume will surface in the coming months. With over $100,000 worth of cryptocurrency having been bought by institutional investors in 2018 according to reports from Bloomberg, a fresh bullish downpour is soon to take the cryptocurrency wheel until the close of 2019.

In fact, the upsurge in the rise of these institutional investors has been confirmed by Hunter Horsley, the CEO of the world’s first cryptocurrency index fund Bitwise.

The CEO revealed that around 20% of his clients have doubled their cryptocurrency investments. Despite the bearish trends in motion, these investors are holding firm to the growth of the market.

Horsley went to disclose that the blood stains in the cryptocurrency market may have forced individual traders to cash out, but as for institutional investors, this is yet another opportunity to attain digital assets in their many numbers while awaiting a bullish outpour in 2019.