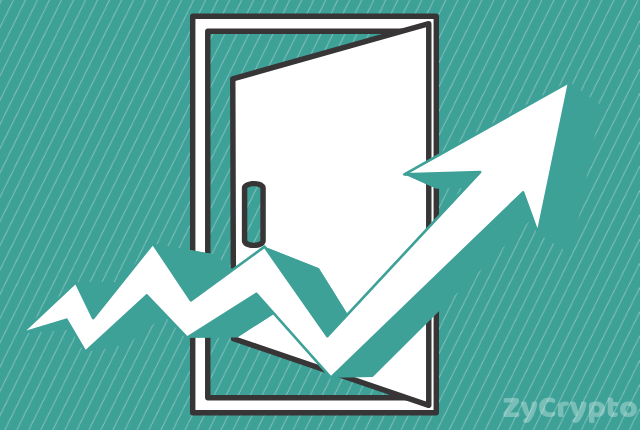 Bitcoin is the leading cryptocurrency in the market space. It is consistently rolling ahead and reaching new heights after every few days or weeks. As its demand is high in the market, there many exchanges which are selling Bitcoin.
Bitcoin is a highly volatile cryptocurrency trading platform. The rapid rise in Bitcoin forks can be credited to the need of making the currency accessible to an extensive pool of clients.
All the transactions done by the users of Bitcoin are accumulated into the blocks. These blocks are transformed into the complex mathematical problems. Miners make use of powerful PCs for working on the problems.
Because of this miners get rewarded in Bitcoin. Using expensive equipment for Bitcoin mining implies that mining is under the control of a small group of people.
Bitcoin Gold decentralized Bitcoin further by enabling a group of people with the machines that are less powerful for taking part in the mining activity. A new Bitcoin code generated a fork form the Blockchain. This gave rise to the Bitcoin Gold.
Bitcoin and Bitcoin Cash are adopting different practices with regards to scaling. After some time, you will see which solution is advantageous, maybe both.
It’s an important step in the continuation of the Blockchain.
From the viewpoint of the market capitalization of cryptocurrencies, Bitcoin has reached staggering levels. The high market cap is because of the increasing number of traders and customers as they initiated Bitcoin trading.

Ethereum has unique features which differentiate it from the Bitcoin. It’s a platform, not a digital currency which works on smart contracts. Here, the application functions similar to the programmed without the interference of any third-party, downtime, fraud, etc.
The Ether (Ethereum blockchain-based cryptocurrency) is powered by the smart contracts. These contracts are perfect for any online wallet which makes use of standard coin API.
Still, Ethereum has an immense lead over different platforms with respect to as the network effect. However, alliances can rapidly change as Ethereum network is not able to handle the load transaction for running the decentralized apps. In case you’re a developer you have a bit for the Ethereum for enhancing the scalability. Otherwise, you can look at the EOS.

At present, this increasing cryptocurrency has been picking up the power.
EOS is termed as a structure for the decentralized apps that facilitates the transactions with the assistance of smart contracts. In the entire ecosystem, this helps in proving the trust and transparency.
Their software gives the introduction of Blockchain technology to assist in scaling decentralized apps. Also, it provides a new database, account, authentication, and other features across different CPU cores for allowing the completion of millions of transactions per second. This process helps in the elimination of customer fees and streamlines the deployment of decentralized apps.
EOS provides the Ethereum developers to copy and paste their projects on the EOS network. This makes simple for the Ethereum projects to switch to EOS.
EOS has the potentiality to change the whole blockchain industry. This field is still developing and a lot many things are expected to be seen in this crypto space.

It’s the oldest cryptocurrency, which is referred as the silver to Bitcoin gold.  As it’s not new, it has the potentiality to move forward because it is considered an alternative to Bitcoin. Bitcoin cannot be served as a global payment network on its own. It’s easy for the Litecoin to share the network load.
It’s a peer-to-peer cryptocurrency which enables near-zero cost payments across any part of the globe. Litecoin is useful for everyday purchases. While on the other hand, Bitcoin is more of a store of value. Because of the low price, Litecoin is the favorable option for the investors who are looking to enter in this crypto space.

Ripple is a unique cryptocurrency and the only enterprise blockchain solution across the globe that facilitates digital asset exchanges, global payments, connect banks, and payment providers.
Since Ripple is the most affordable mainstream cryptocurrency, it boasts the simple and accessible transaction system.
Ripple has the potentiality to make big in the coming years.

No doubt, Bitcoin is the cryptocurrency which the investors prefer to make an investment; however, there are other options as well. If you’ll look to the other coins mentioned in this post, you will come to know that the other coins have the potentiality to make a huge hit in 2019 and in the future as well.
Author Bio: Robert Bint is senior editor at Bitex.Global, which is pioneer in cryptocurrency trading & exchange. He enjoys creating, uncovering a nd disseminating new and interesting perspectives in the cryptocurrency trading industry.