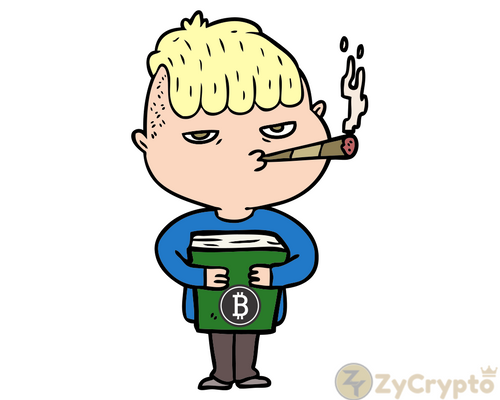 The young generation, or millennials in short, invested record amounts of capital in Wall Street in 2017. The uptrend in investments is due to the fact that weed and cryptocurrencies trended in investor markets in 2017, and these topics are among hot topics among millennials, which in turn pushed them to traditional markets.
Investors under the age of 35 working in the Wall Street saw a growth of over 72% when compared to last year, according to TD Ameritrade’s CEO, Tim Hockey. He revealed the fact to Business Insider in an interview in the last week.
According to Mr. Hockey, the influence which weed and cryptocurrency spread over world markets in 2017 attracted the young generation, who had a negative outlook about traditional markets earlier mainly due to the Recession of 2008-2009.
Other stockholders in addition to Ameritrade, like Charles Schwab and E*Trade also reported a sharp upswing in the number of investors, especially in the later half of 2017. They also say that this increase is showing no signs of slowing down, with the month of January 2018 seeing a positive growth, according to a report published in the Wall Street Journal. The report states that many of these accounts are brand new opened by individuals seeking to invest in the booming marijuana and blockchain industries.
Riding on this positive wave, stock trading app RobinHood also announced recently that they would allow their customers to trade in cryptocurrencies namely Ethereum and Bitcoin at no extra cost from the month of February in 2018.
Overall, 2017 has been a great year for markets worldwide, with the US’s Nasdaq growing by around 28% and the Dow Jones Index appreciating by 25%. S&P 500 grew by 19% too compared to the previous year. But the big surprise this year were digital currencies, which grew a massive 1400% in terms of overall valuation when compared to the preceding year.
The legal marijuana markets also saw massive growth in North America, with total sales reaching more than $7 billion, with the figure reaching $9 billion by the end of the financial year 2017.