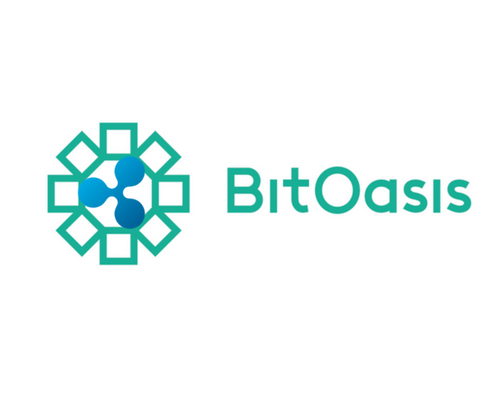 BitOasis, a cryptocurrency exchange established in 2014 in the city of Dubai by Ola Dudin, a Jordanian entrepreneur, is all set to add Ripple to its list of currencies which can be traded.
From 30th of January 2018, customers of BitOasis residing in Dubai and other parts of the United Arab Emirates can buy Ripple Tokens on the platform using AED through wire transfer or cards issued by UAE based banks.
BitOasis currently allows the trade of Bitcoin and Ethereum, with customers being able to buy and sell those cryptocurrencies. Ripple has been added due to a plethora of requests received by the exchange by its customers. Ripple has sent a meteoric rise in value in the last six weeks of 2017. Although the currency has seen some downward slumps recently, it still remains the third largest cryptocurrency in terms of market capitalization.
In a statement issued by the company on Sunday, 28th of January, the reason for adding Ripple in its trading platform is to meet the increased demand from its customers as well as to increase the diversity of digital currencies available on the company’s trading platform.
The company also said that they are committed to providing their customers the best, fastest and the most secure way to buy and sell cryptocurrencies and is also ensuring constant innovation and research in order to delight their customers as well as expand their userbase. The company is also looking at adding more cryptocurrencies to its platform to increase the number of choices for their customers.
The move by BitOasis comes at a time when its rival exchanges operating in the UAE have been innovating and attracting users with their unique offerings. Palmex, another cryptocurrency exchange was launched in January, while Jadopado founder Omar Kassim also announced plans to launch their own digital currency exchange which is to be named as BitPado.
In the earlier half of January, Emirates NBD had blocked money transfers to these exchanges including BitOasis, although it later clarified in a statement that it does not prohibit UAE’s citizens from transacting in cryptocurrency platforms or even using digital currencies in the country. It remains to be seen whether the UAE government embraces cryptocurrencies or has a hostile approach towards it in the coming days.

Russians Liquidating Billions Of Dollars In Bitcoin In The UAE: Report