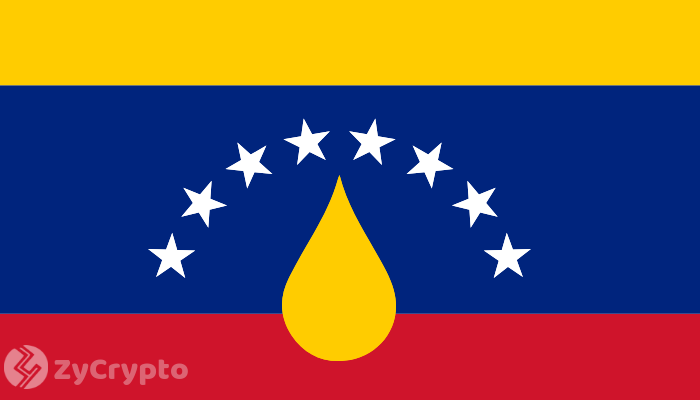 Reports coming out for Venezuela suggest that the government is now forcibly converting pensions from fiat to Petro, without the consent of their citizens. The Caracas Chronicles, which reports on Venezuelan issues in the English language, stated that On December 7, they [pensioners] got two messages and it seemed like the money for the pension came in, and then immediately out, with the only description being: “Saving in Petro.”

What started out as a bizarre idea from Venezuelan President Nicolas Maduro, has now become a reality – and for some a nightmare. The initial idea behind the creation of the Petro was to create a currency that was free from US financial sanctions, which the Venezuelan government felt were responsible for the country’s economic plight. They achieved this by creating the Petro – a cryptocurrency backed by the country’s oil reserves.

The only problem was that the oil wasn’t theirs to use in the first place. Then, the government actually declared the currency illegal. But Maduro persevered anyway and now the Petro is being forced upon all walks of life within the country. Citizens must pay for new passports in Petros, although the cost of one is several times a typical monthly wage. In addition, salaries are in the process of being pegged to the controversial cryptocurrency – and now pensions.

Maduro continues to claim that the Petro is a success, with figures of several billion reportedly raised. But the details of this fundraising are sketchy at best and experts fear that the country is being set up for a catastrophic collapse.

The US has reacted, of course. Not only is the currency banned completely, but software engineers are forbidden from providing the South American country with any products that could help them in their quest to become a Petro-centric economy. Conversely, Maduro says that Venezuela will start selling oil for Petros instead of the US dollar, in an effort to undermine the dominance of the American currency worldwide. On the issue, Maduro told the media,

“In 2019, we have a schedule for oil to be sold in Petros and in this way continue to free us from a currency that the elite of Washington uses.”

But while Maduro has also insisted that the Venezuelan dollar is pegged to the Petro, the cryptocurrency is widely unstable, with fluctuations of 50-60% seemingly common in a short space of time. Of course, the effect of this on citizens is proving catastrophic, with the country in crisis economically and in terms of welfare.

Indeed, not only is it virtually impossible for average citizens to leave Venezuela legally because of the price of passports, the government has even created a special migration police force to stem the flow of immigrants trying to escape what is increasingly becoming an impossible living situation. The coming months will be telling as the Petro enters its commercial use phase before becoming mainstream moving into 2019.