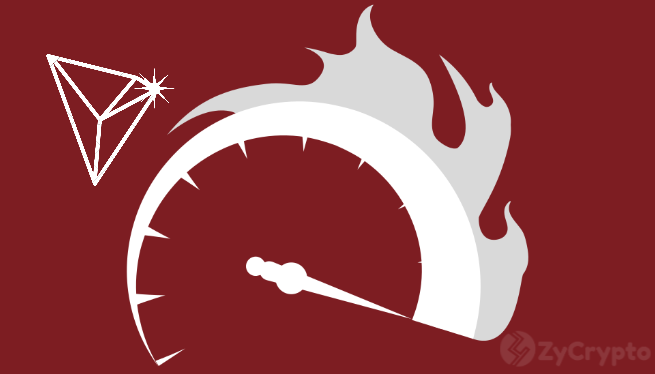 Tron network seems to be getting all the advantages from the bear market. While other digital platforms are still nursing their wounds from the seeming recession in the crypto market, the network is bagging so many achievements. Tron CEO tweeted to count all the recent accomplishments of the digital platform.

Since its rapid production and acquisitions like the addition of BitTorrent in June, Tron network has experienced a speedy growth in all its effort to make the use of internet easier via decentralized applications. While the cryptocurrency market is recording a downward slide for the past month, Tron is recording great achievements of more transactions per day.

Tron’s protocol is uniquely designed to function better and faster than other networks, performing a higher volume of transactions per a second at a faster and cheaper rate. This system functions better as more transactions are processed, the Tron team understands this, hence their open arms to welcome more participation.

Tron’s performance is also an attraction for developers and programmers as it allows them to develop in simpler coding languages like Java. In other platforms like Ethereum, developers need to understand a particular language which is Solidity to be able to develop their Dapps.

So it is not just the funding as promised by Mr. Sun, better services delivery is one of the major things pulling developers, programmers, users, members and enthusiasts to Tron network.