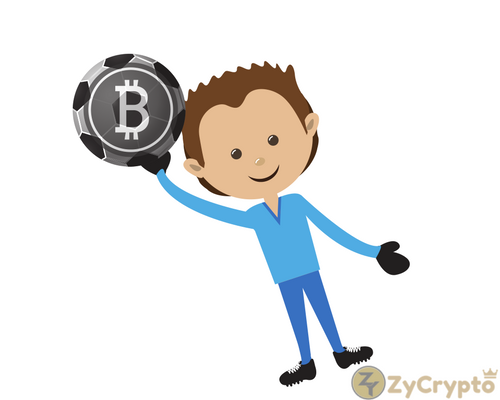 At a time when the mainstream media appears to be hell-bent on pushing out only negative news regarding cryptocurrencies, especially Bitcoin, a real-world use case was demonstrated by the Turkish football club Harunustapor yesterday.
The club became the first in the world to complete the player transfer by using Bitcoin. The club signed Omer Faruk Kiroglu for 0.0524 BTC + 2500 Turkish Lira, making the total transfer worth 4500 Turkish Lira.
The deal was announced by Haldun Sehit, the club’s President. Commenting on the development Sehit said, “We did this to show the world that we are open to adopting new technologies and this deal is a first of its kind in the world”.
The amount of media attention we have received due to this is unprecedented; we feel like we are a big professional club, he added.
Kiroglu displayed the phone, which was used to make the transaction, to the media and praised the innovative nature of the blockchain technology that made the transaction possible.
“It is a first for myself, a first in the world. It is an honour and as the boss said it is innovative,” Kiroglu added gleefully.
Bitcoin has witnessed a staggering run in the last year. However, the growth has slowed due to a number factors, mostly FUD (Fear, Uncertainty, Doubt) created by mainstream media. However, in the technology aspect Bitcoin is growing by leaps and bounds every day.
The currency is expected to resolve its scalability issues as Lightning Network (LN) gets adopted throughout the network. LN is expected to bring the transaction fees down to 1 cent per transaction and also minimize the transaction time substantially.