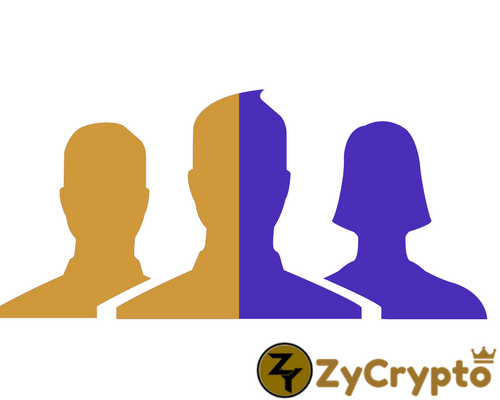 A new piece of research, posted on 17 January 2018, has estimated that 25% of Bitcoin users and 44% of Bitcoin transactions are associated with illegal activity.
The research was conducted by researchers associated with the University of Sydney, University of Technology Sydney, and Stockholm School of Economics Riga. The research aimed to quantify the illegal trade of Bitcoin and to also create a method of blockchain analysis that could be extrapolated to other cryptocurrency blockchains.
The researchers used open data from wallet seizures, darknet forums, and darknet exchanges. This data was used to construct a dataset of associated users on the Bitcoin blockchain.
The analysis of the data involved various algorithms to predict whether a Bitcoin address was associated with illegal activity or not. The researchers achieved this by using various features, including a Google search metric, to predict the class of illegal/legal activity.
The findings indicate various patterns that can be used to estimate whether someone is associated with illegal activity or not. The findings, for example, found that while Google searches for Bitcoin were high there were more legal uses of Bitcoin than otherwise. The researchers also found that illegal use was associated with transactional characteristics such as holding value, trading frequency, and repeat trade associations.
The major findings were that 25% of users and 44% of transactions were predicted to be associated with illegal trade. These findings are quite high and conflict with earlier studies that suggest that the illegal trade on Bitcoin isn’t that substantial.
There exists opaque currencies such as Dash, Monero and Zcash that allow users to anonymise their identity more than Bitcoin. The researchers, however, suggest that these coins are still not predominately used with the darknet transactions.
Various data sources were used by the researches due to many darknet sites being raided with ‘operation onymous’. The data from these darknet sites could be easily used to get more Bitcoin addresses associated with illegal activity. The researchers were able to source around 1,000 addresses from this seized data set.
Hot wallets were a second source of data which included addresses associated with around 17 darknet exchanges. Darknet forums were the third source of data with around 400 addresses sourced from these underground forums associated with illegal activity.
The data was then organised using the Union Find algorithm which is often used to associate transactions with blockchain analysis. They also created an exclusion list of known miners and exchanges from a source of addresses using Wallet Explorer.
The dataset ended up being 106 million users, 606 million transactions, and $US1.9 trillion. They were able to connect the illegal activity data-set of addresses with this blockchain association data-set to extend the list of users associated with illegal activity.
The algorithms used to analyse the data included Smart Local Moving (SLM) and Detection Controlled Estimation (DCE). SLM develops a model by analyzing a network of nodes and by adding/removing nodes of Bitcoin users to see if it improves the model or not. SLM comes under the field of network cluster analysis.
DCE applies features of the Bitcoin transactions, such as size and frequency, to create a probability coefficient of whether a user is associated with legal/illegal activity. DCE resembles a standard form of analysis such as a regression model. DCE has been used since the 90s with financial analysis such as with tax evasion and fraud detection.
The features used to predict the model were varied and quite creative. One counted the number of opaque currencies available at the time of transaction to see if there were a correlation between illegal activity and such a number. An inverse correlation was found with more illegal activity occurring when less opaque currencies were available.
Another feature was titled Bitcoin Hype and was the number of Google searches for Bitcoin and its relation to illegal activity. The researchers found an inverse relationship between Google search and illegal activity, suggesting Bitcoin hype attracts more legal users.
Darknet shock volume was another feature used which is a coefficient of activity after the event of a darknet scam or seizure occurring. There are many, for example, darknet exit scams that occur where a Bitcoin escrow is required for transaction validity but the owner takes off with all of the holdings.
Holding value was another feature that measured how much the user was holding. The research found that more holding value was associated with legal activity, suggesting that legal users tend to Hodl more than illegal users.
Existence time was a feature that measured how long the user was active with the address. Illegal users were found to have longer times because they were involved with Bitcoin quite early on.

What’s your say ?, Let us know below in the comment field below.