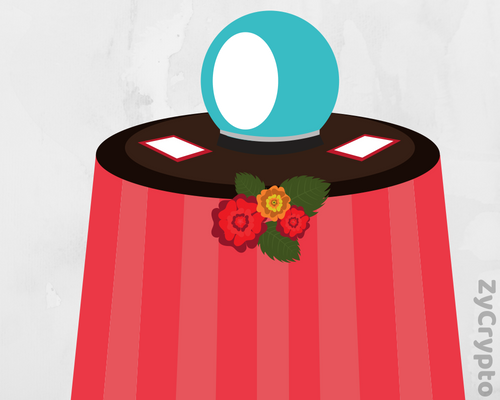 Many predictions regarding the price of Bitcoin was made in late 2017 down to early 2018. For those who have followed cryptocurrencies for a while, especially crypto investors, predictions from researchers and experts are very common in the digital space.
Some predictions made before the digital asset broke into the $2000 price zone came to light, while most of them still stand in the dark. Out of the many predictions, we present top three that are yet to be seen in reality.

In a report entitled “Fool’s Gold: Unearthing the World of Cryptocurrency,” by the Wall Street consultancy firm Quinlan Associate, it was stated that bitcoin will take a deep drop to $1800 at the end of 2018.
According to them, the current price of Bitcoin is not the true reflection of its value. Bitcoin was trading at $14,000 at the time the report was released. They explained that the bubbling nature of the cryptocurrency has created a false current price.
Using the cost of production approach and the store of value approach, the researchers arrived at $2,161 and $687 respectively. They, therefore, proceeded with the calculation of Bitcoin of which they concluded that it will trade at $1800. Even though Bitcoin is gradually taking steps to this direction on the price curve, only time will tell if BTC will really trade at that price zone.

Tom Lee, the Fundstrat analyst predicted that Bitcoin will bounce back to $25,000. According to him, this rebound will be followed by most of the cryptocurrencies as they trade above their all time high price.  Tom Lee said that government regulations will create a favorable atmosphere for exchanges to operate.
The analysts also explained that the cost of BTC mining will be around $14,000 in 2019, which will cause the BTC to trade at $25,000 as the mining cost will have to double to reflect the BTC price. This prediction is expected to come to light sooner or later.

John McAfee, a cryptocurrency analyst, and expert analyzed the possible agreement between USA and Korea, and also, the USA and Japan relationship to predict a $15,000 Bitcoin price by June. As at now, the prediction has not seen the light of the day, but the crypto market is full of surprises. His prediction was subjected to criticism after critical scrutiny by some other Bitcoin analysts.

Tom Lee Sees Bitcoin Doubling Its Price, Predicts An “Everything Rally” Is Underway