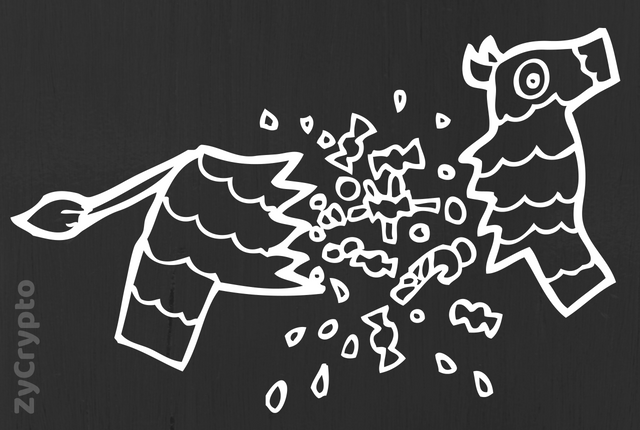 Just last September, the CEO of JPMorgan, Jamie Dimon, came out to bash cryptocurrencies, calling them a “fraud.” However, he later said that he regretted his choice of words in his artistic description of the digital assets, even going further to almost swear that he wouldn’t be talking about cryptocurrencies anymore.
In October, he said that he wouldn’t put cryptos among the more important things to be bothered with. Well, Jamie Dimon now seems to have fallen out of step with his pledge to keep off cryptos.

He’s talking again, and this time, he’s calling them a “scam.” Speaking about the economic outlook in the United States at the 25th Annual Summer Celebration Gala at Aspen Institute, Jamie said on Saturday that cryptos are a scam and that he has zero interest in them.
Jamie’s words would later be spread by both the mainstream media and other popular online entities like Nouriel Roubini. Nouriel has been increasingly critical of cryptocurrencies over the last months.
In his statement, Jamie even went ahead to opine that governments will soon take steps to contain and possibly stop the use of cryptocurrencies due to the challenges faced in controlling them.
Jamie Dimon’s stance regarding cryptos has been a rather unconvincing one. His recent jab at cryptos comes after months of silence right after he pledged to no longer speak of them. In January, he refused to comment when Cointegraph asked him how he pictured the moving market after his “fraud” remarks. In the refusal, Jamie made it clear that he wasn’t a crypto skeptic.
Jamie also didn’t comment about cryptos during his recent interview that was published in the Harvard Business Review, saying that he “probably shouldn’t say any more about cryptocurrency.” During the same session, he referred to blockchain as being real, which could imply his thoughts that cryptocurrencies aren’t real.  He said that JPMorgan is working on a blockchain that will be used for a range of purposes.
Since the interview, entities within JPMorgan have been showing mixed reactions, with Daniel Pinto, the company’s co-president, telling CNBC that cryptos “are real but not in the current form.” Pinto added that the banking giant is looking for a way to bridge the gap with a new blockchain system.