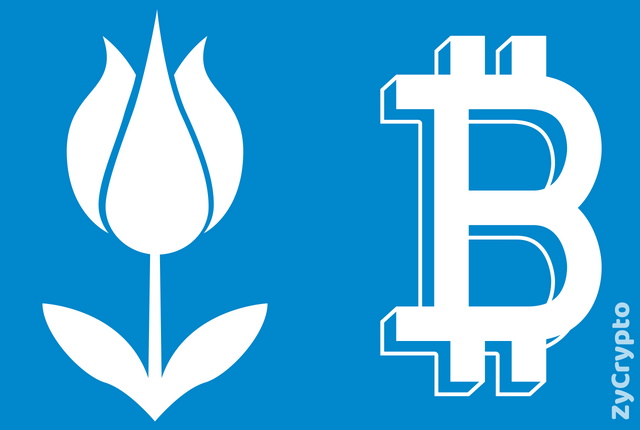 Historians drew the attention of the emergence of an asset in our era that has similarities with a bulb that gained popularity in the 1600s. Within that period, the Dutch became very famous with the growth of a flower called the Tulip Mania.
According to records, the Tulip mania became valuable to the point that it cost 10 times the annual salary of a skilled craft worker around 1637. The demand of this valuable flower was unprecedented, however, the asset ended up in a burst short after attaining its peak in 1637.
The rise and fall of the Tulip Mania generated misgivings about the possibility of any other asset to maintain a permanent price value after a sudden rise. Unfortunately, some experts consider Bitcoin as a Tulip Mania of our time.
The unexpected rise in the price of Bitcoin has awakened thoughts of the ancient flower. According to some experts, Bitcoin has shared features with the Tulip mania, leading to the logical conclusion that it will crash just as the flower did. Bitcoin’s price increased by 1000% last year and eventually recorded an all time high of near $20,000.
Ambareesh Baliga, an Independent market expert issued a warning to investors that Bitcoin is not worth investing in. “The Bitcoin bubble is like Tulip mania which will crash sooner or later, as most people investing are basically speculating and do not know the nuances of the cryptocurrency,” he said.

There was a formulation of theory without clear evidence probably on the future success of the asset. “Neighbors seemed to talk to neighbors; colleagues with colleagues; shopkeepers, booksellers, bakers, and doctors with their clients gives one the sense of a community gripped, for a time, by this new fascination and enthralled by a sudden vision of its profitability,” she wrote. One of the famous criticisms against Bitcoin is that it has no real value, and it thrives on speculation.
It may be a fact that Bitcoin has a shared similarity with the tulip mania; however, its future may probably be different from how the tulip mania vanished.