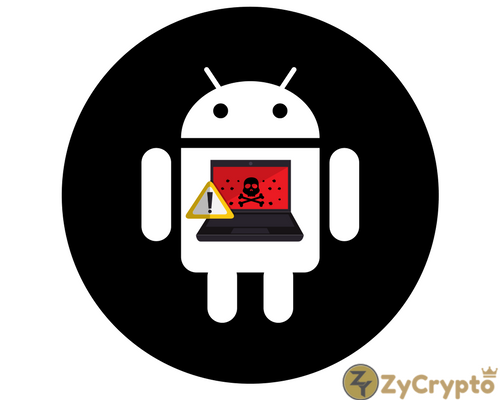 Since the surge in the price of Bitcoin and the altcoins, cryptocurrency mining has become quite a lucrative business. Hackers too don’t want to be left out of the crypto craze. They now install their crypto mining malware on the internet and on internet-enabled devices like Smart television sets and Android phones.

Chinese cybersecurity professionals at Netlab360 have found hackers turning internet-connected gadgets into Monero mining tools. CNET has reported that hackers have installed malware on thousands of Android phones and smart TVs that use the resources of these devices to mine the Monero altcoin.

Chinese cybersecurity researcher at 360Netlab, Wang Hui, wrote in a blog post, stating that a cryptocurrency malware known as ADB-Miner has started spreading fast. The Malware works like worms and uses the ADB debug interface on port 5555 to multiply.

In essence, the malware exploits the open port which is a part of the operating system that allows a device to communicate with the internet. The cyberpunks searched for devices connected to the internet via port 5555, and this helped them find unsecured Android phones and TVs.

So far, the attack has affected thousands of devices The cybercriminals hacked into the networks of the gadgets and harnessed their processing power to mine or digitally create the Monero cryptocurrency. The Netlab360 team said:

“Overall, we believe malicious code based on the Android system ADB debug interface is now actively spreading in worms and infected over 5,000 devices in 24 hours. Affected devices are actively trying to deliver malicious code.”

The ZDNet team contacted Google for a comment on the incident, but Google which owns the Android operating system did not immediately respond to the request.

However, the cybersecurity experts told ZDNet that the port 5555 was not opened by the hackers themselves, which would have been a much more worrying attack. They said:

“The 5555 ADB interfaces of those devices have already been opened before [they’re] infected. We have no idea about how and when this port was opened yet.”

Cybercriminals are now looking for ways to utilize crypto miners. Although not for fraudulent purposes, it is important to safeguard your mobile phones and other internet enabled devices with updated versions of anti-malware programs.