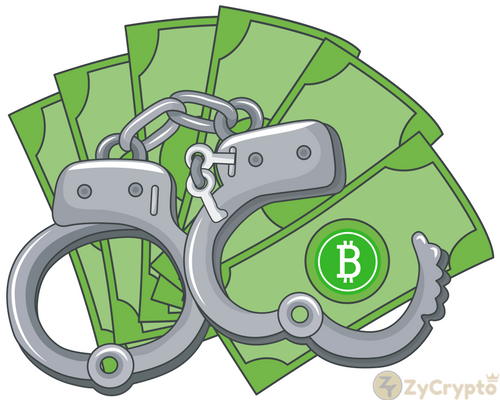 On March 29th, the Arizona Department of Justice issued an official statement in which they mentioned that an Arizona-Based Peer-To-Peer Bitcoin Trader was Convicted of Money Laundering.

The trader known as “Morpheus Titania” and whose real name is Thomas Mario Costanzo “was found guilty of five counts of money laundering by a federal jury in Phoenix.” According to the statement.

Based on the information provided, the trader was framed when undercover agents told him they were drug dealers. Mr. Costanzo then gave them the bitcoin they requested while recommending the use of this crypto as a means to avoid the authorities.

According to the security agencies’ investigation, Costanzo’s operations were not small. The report states, “Costanzo took $164,700 in cash from the agents (whom he believed to be heroin and cocaine traffickers) and exchanged it for bitcoin in order to conceal and disguise the nature, location, source, ownership, and control of the drug proceeds”.

The use of bitcoin has been a strategy of criminals to hide from the authorities who track their funds. In fact, it is the most widely used crypto in the dark markets (markets that run under the TOR network and are used to trade illegal products more securely than the traditional ones established on the clearnet). However, according to new research, privacy-focused currencies are increasingly being adopted.

Likewise, the use of virtual currencies to finance illegal activities has been one of the main reasons why several governments and banks have justified their anti-crypto positions. The need for greater regulation and control of this type of activity is evident in a world where bitcoin is increasingly being adopted; however, it is a real technological challenge to achieve this type of control without affecting the decentralization on which Bitcoin’s code is built.

According to the Department of Justice statement, Mr. Costanzo is in serious trouble: “Each of the five convictions for money laundering carries a maximum penalty of 20 years in prison, at $250,000 fine, or both. The bitcoin involved in the final transaction is also subject to forfeiture by the United States.”