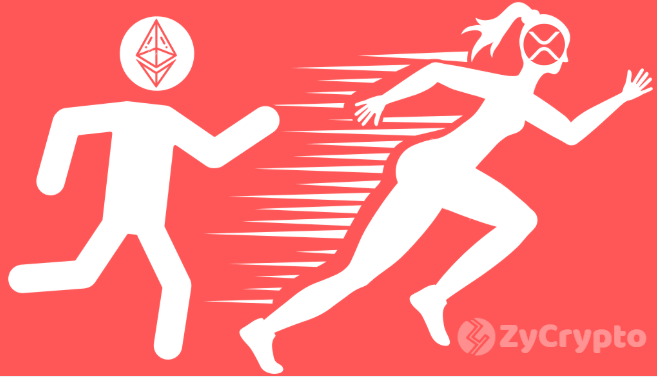 It was highly publicized when XRP, the digital asset that powers the Ripple technology, briefly passed ETH for number 2 on the market capitalization list in late September. Although Ethereum quickly regained the second spot, it is still trending in the opposite direction while Ripple is looking to move up.
Ethereum has been in the second spot on the market capitalization list for most of its existence.  It had a pretty astronomical rise and kept its place below Bitcoin consistently for a couple of years.
Ethereum has spurred on many startups that are creating tokenized decentralized products that are powered by the Ethereum protocol. TRON and EOS are even independent systems that were born from Ethereum’s infrastructure as they started as ERC20 tokens before migrating to their own protocols.
But Ripple’s surge is starting to make people think XRP could take a firm hold on the number 2 spot the next time it gets there.  Ripple’s yearly convention, the Swell conference has caused XRP to spike each time it has been held, but this year the announcement of xRapid, a speedy and efficient international payment system, pumped the digital asset a little harder this year. 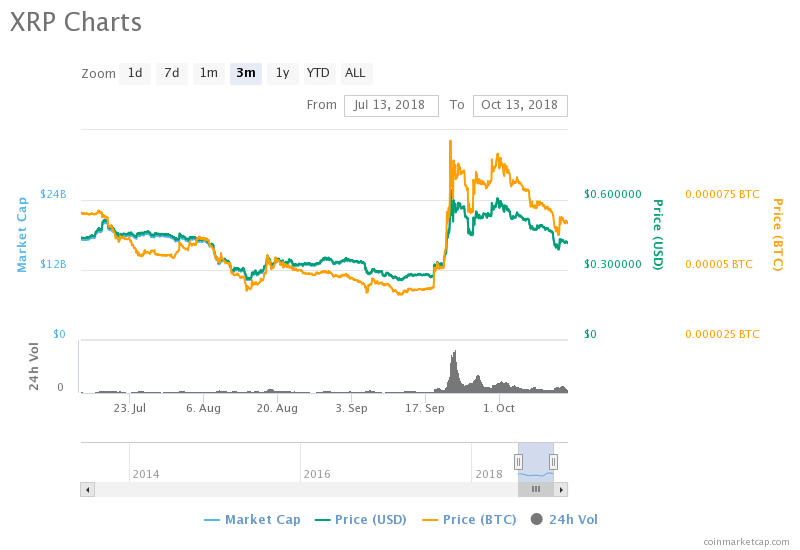 This is a highly anticipated step forward for Ripple, and is sure to attract major institutional investors. What also contributed to the XRP price surge was when It was announced that PNC Bank would be integrating the use of xRaid into their business.
Ripple is a polarizing asset in the crypto community.  While many champion its real world use cases and the impact it will have on the speed of international business, its detractors complain about the lack of true decentralization.
Ethereum has been on a long bear run as have basically the whole crypto market in 2018. While Ripple could pass Ethereum for a period that could be considered longer than short term, the cryptocurrency market relies on ETH to power dApps and jumpstart future innovation in a way XRP is not designed to do.
ICOs were said to have contributed to the decline in Ethereum’s price because most ICOs hosts their Initial Coin Offerings on Ethereum’s blockchain network (ERC-20) and ICOs have since suffered a major blow in the last months, But a recent research by bitmex proved otherwise as ICOs might not be responsible for Ethereum’s Drop in Price. 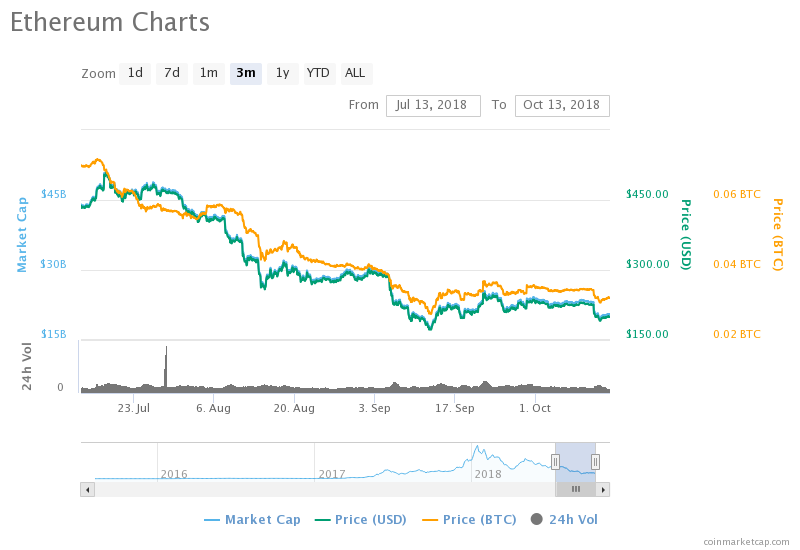