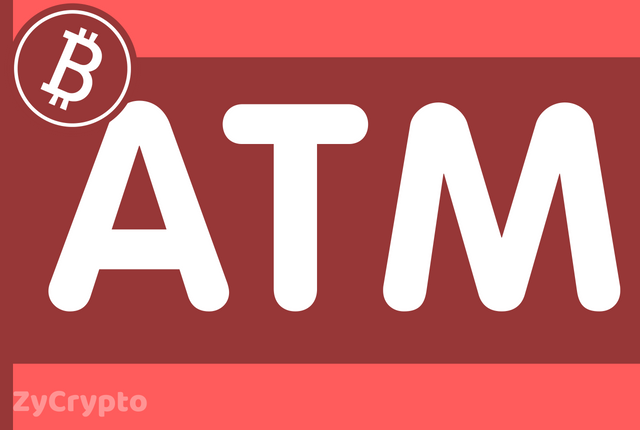 As more people get to know about cryptocurrencies and adopt them, the crypto leader, Bitcoin, looks well-poised to embark on a great expansion in the ATM market. In fact, it’s estimated that by 2023, Bitcoin’s ATM market will have achieved $145 million in value.
What The Future Holds
That’s according to a report released after a research conducted by MarketsandMarkets, a research firm specializing in business-to-business dealings. The research estimates that for the market to grow to that point, it will experience a 54.7% Compound Annual Growth Rate (CAGR) between 2018 and 2023, putting the market value to the $145 million range by the end of the 5-year period.
Currently, Bitcoin ATMs stand at around 3,650 in number, an improvement from the 3,500 of last month. That means that around 4 ATMs are commissioned every day, and that also means that the market value is growing exponentially.
In 2017, the crypto ATM market was valued at $6.8 million. Today, the figure stands at $16.3 million. That’s over 100% growth, and it says a lot about the future of this market.
With this growth, two-way ATMs seem to have the upper hand as opposed to one-way ATMs. Two-way ATMs allow users to buy and sell cryptos at a single ATM machine, a functionality that one-way ATMs don’t offer. As a result, two-way ATMs now serve around 63% of the market as compared to one-way ATMs that hold 37% of the market.
This market growth is also expected to influence the hardware used in ATMs. Currently, the hardware types include the display type, the QR scanner type, and the printer type.
However, according to the report by MarketsandMarkets, the display type is bound to carry the day in the long run, largely owing to its user-friendliness as well as saving hardware costs since they don’t need keyboards.
The North Maintains Lead
The report also mentions North America as the largest crypto ATM market. Even at the moment, the region leads, and this will continue through the next 5 years. Currently, about 73% of the Bitcon ATMs in the world are in North America, with the US leading the pack. This is largely due to regulatory policies that create a good environment for the crypto market.
Also, there’s a large number of software and hardware providers as well as a good investment environment in the US, and that’s why the country will maintain its leader status in the crypto markets. Mexico legalized Bitcoin in 2017, and Canada is recording an upsurge of crypto startups.

While Traditional Financial Tools Fail, Anthony Pompliano Reminds us, ‘Bitcoin is Never Down’