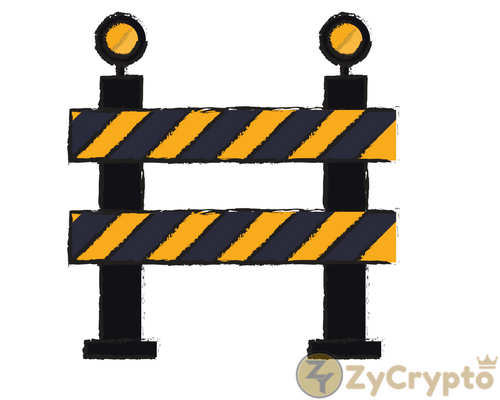 Bitcoin exchanges of India such as Zebpay, Unocoin, Coinsecure and others are facing action under took by the banks including the top ones such as State Bank of India, Axis, ICICI, HDFC and Yes Bank.
According to the report banks have suspended some accounts of these exchanges, suspecting suspicious transactions.
As per the Indian daily newspaper, Economic times report citing various sources,
Banks had demand for addition collateral from exchanges on loans they have taken and capped withdrawals for some of their operational accounts.
With this context when exchanges were contacted they didn’t respond. While Unocoin said that banks didn’t contact the company on this regard.
Unocoin promoter Sathvik Vishwanath said

“The banks have not contacted the company or the promoters regarding the actions you have mentioned,”

When banks were tried to contact with regards to the action taken by them, they didn’t replied.
While as per banker involved in the matter said

“Reserve Bank of India has not issued any directive to us – it’s a cautionary move on our part. We are wary about the purpose for which some of these current accounts are being used,”

Tax Inspection
Tax department of India have recently sent notice to several thousands of people dealing with cryptocurrency regarding tax, after a survey done nation wide showed $3.5 billion and more worth of transactions are done within 17 month in nation.
Investors include real estate people, jewellers, tech savvy young investors, Tax department officials claimed after analysing the data gathered by nine exchanges in cities like Delhi, Mumbai, Pune and Bengaluru.
Although India hasn’t banned Bitcoins and other cryptocurrencies, they are highly unregulated. According to people, Exchange in India have very high prices almost around 20% more than international market on some instants. Thus it can be assumed that they operate at a margin around 20%.
Exchanges also accumulate profit from premium charges paid in terms of fee per transactions, huge difference in buying and selling prices and when they also get involved in trading.
Such action took by bank indicates the cautiousness of bank over cryptocurrencies. Reserve Bank of India have issued several warnings while Arun Jaitley, Finance Minister of India recently in his speech inside parliament stated that a committee has already been setup that are taking close look over cryptocurrencies.
And the indian Government is waiting for their report in order to put any kind of restrictions over digital currencies. And eventually parliament would have to legislate a regulatory regime.