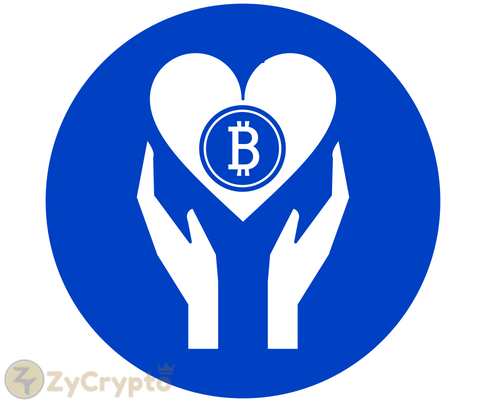 Recently, the Pineapple Fund has finally accomplished its mandate by donation more than 5,000 BTC to non- profit organisations around the world.  An estimate of around 60 Charities has been the beneficiaries of the Bitcoin Donations.
The completion of the bitcoin charity was published  on Reddit on May 10 as a farewell post. The anonymous benefactor has gone to thank all the contributors and supporters of the projects for the successful accomplishment of the project and the funds donated.
According to the estimates, the Pineapple Fund has accounted to donate 5,104 bitcoins to about 60 Charities all around the globe. However, due to a recent trend resulting in the  decline of the value of the crypto since December 2017, the donations amount is estimated to be around $55.75 million. The beneficiaries of the projects include the Internet Archive, the Pencils of Promise, and the Open Medicine Foundation (OMF).

The OMF which received a total of $5 million in bitcoin donations from the funds collected are researching into chronic and complex diseases. On the other hand, the Pencils of Promise, an organisation whose focus points into improvement of the infrastructure of educational institutions of countries such Ghana, Guatemala and Laos, has received around $1.25 million worth of bitcoin.
As per the reports, the Internet Archives has received about $2 million in bitcoin between December 2017 and May 2018 from the fund. The Charity is an online library committed to provide software and books free of charge.
Various other charities including GiveDirectly and the Multidisciplinary Association for Psychedelic Studies (MAPS) has become the beneficiaries of the project. GiveDirectly supports and facilitate the transfer of money to people in need while on the other hand MAPS has focused on PTSD therapies using psychedelics.
The fund is reported to receive tens of thousands of applications from charities around the world, as pointed out by the reports by Pine.
The farewell message, as posted by the Pine into Reddit has gone onto express its gratitude to all the participants in the projects. It posts as:

Through the foundations Pineapple, the mysterious donor known popularly as Pine, has succeeded in demonstrating the positive impact that the cryptocurrency and blockchain technology could possibly have on the society. Where the technology is being portrayed in the mainstream as enablers of crimes, such news have positive role in changing the narratives.
Previously in December, the target promised by Pine was to donate 5,057 bitcoins to charities. Not only the donor succeeded in achieving the target, it even surpassed the mark (approximates by 47 bitcoins).