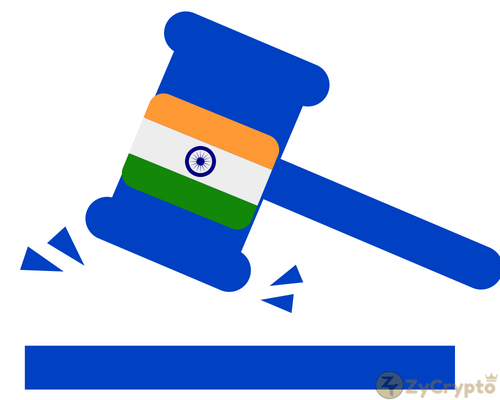 According to a tweet posted  on May 11 by Crypto Kanoon, India’s Supreme court has declined the grant of interim injunction against the Reserve Bank of India (RBI) in an application seeking actions on a circular banning banking services for companies dealing in cryptocurrency. Crypto Kanoon are a group of lawyers who came together to analyse the crypto regulations in India and to spread legal awareness in cryptocurrency.
The circular was pursued by eleven different representations filed by various crypto-related business, who moved to the Indian Supreme Court seeking an interim injunction against the said circular.
According to the Court’s records, the granting of the injunction was confirmed, however, the case is still pending disposal. As per the Supreme Court website, the case is posted to be heard again on May 17.
An interim injunction is basically sought to order the party to either positively do an act as specified in the order or to refrain from doing the act. It is a provisional measures and are mainly sought during the subsistence of the legal proceedings. It could be sought either before the trail or during the trail itself.
Usually matters of the interim injunction are immediate in nature. The purpose of an interim injunction is to prevent or to correct any unjustifiable circumstance pending trail.
According to the RBI circular, issued last months, the banks and platforms were ordered to “immediately suspend their services” and cease the dealing with companies dealing with digital currencies. The circular was met with public outcry as it ought to directly hinder the interest of the many companies and startups dealing with cryptocurrencies.
The  relevant part of the circular follows as:

“… it has been decided that, with immediate effect, entities regulated by the Reserve Bank shall not deal in VCs [virtual currencies] or provide services for facilitating any person or entity in dealing with or settling VCs. Such services include maintaining accounts, registering, trading, settling, clearing, giving loans against virtual tokens, accepting them as collateral, opening accounts of exchanges dealing with them and transfer / receipt of money in accounts relating to purchase/ sale of VCs.”

According to tech-investor Tim Draper, the move would cause a brain drain as the indian crypto and blockchain entrepreneurs would now be forced to take their business abroad as a direct consequence of the circular. He further points that  the government’s move of denying crypto as legal tender would be “a huge mistake”.
In April, a similar circumstance has arose in Chile, wherein a group of cryptocurrency exchanges appealed to the courts to overreach the decision of the country’s banks to close their accounts. Further on April 25, the exchanges Buda, successfully pursued country’s anti-monopoly court to order the re-opening of its accounts at two major Chilean banks.