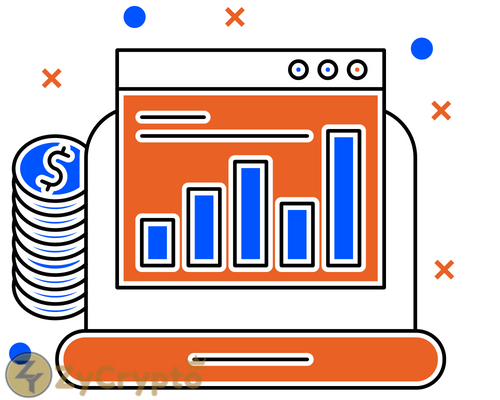 Recently, a cryptocurrency benchmark index was launched by Michael Novogratz, a well known hedge fund manager, in coalition with Bloomberg. The index, consisting of 10 cryptocurrencies at its inception, is being designed for tracking the accomplishment of the largest and the most liquid coins.
Galaxy Digital Capital Management in consonance with the Bloomberg has on Wednesday announced the launching of Bloomberg Galaxy Crypto Index (BGCI), a cryptocurrency benchmark index.
The Galaxy Digital Capital Management LP is an asset management firm who are resolute to the digital currency and blockchain field. The founder of the firm is Michael Novogratz, a former Principal and also Chief Investment Officer of the Fortress Macro Funds and also a former Partner at Goldman Sachs.
The ultimate task of the index, as designed, is that to follow up on the performance of the largest and the most liquid portion of the cryptocurrency market. The market capitalization, i.e. the BGCI, works by weighing and measuring the activities of the top ten USD traded cryptocurrencies, such as Bitcoin, Ethereum, Monero,Ripple, and Zcash.

The companies further comments that “The index constituents are diversified across different categories of digital assets, including stores of value, mediums of exchange, smart contract protocols, and privacy assets. The index is owned and administered by Bloomberg Index Services Limited and is co-branded with Galaxy Digital Capital Management.”

At its initiation, the BGCI contains 30% Bitcoin and Ether, 14.13% Ripple, 10.63% Bitcoin Cash, 6.11% EOS, 3.77% Litecoin, 1.67% Dash, 1.66% Monero, and 1% Ethereum classic and Zcash. Initially, Novogratz had set out for launching a crypto hedge fund, but after halting the proceeding in December, he ended up unveiling Galaxy Digital instead.
He further commented in Markets Now that “we are hoping that this index becomes the bellwether and benchmark for the whole crypto space that hedge funds are compared to it… and that is seen as a watershed moment where crypto starts to become an indigestible asset class from an institutional perspective.”
He further asserted that “It’s almost essential for every investor to have at least 1% to 2% of their portfolio” emphasizing in crypto. During last year, in November, Novogratz has commented on CNBC’s Fast Money that “Bitcoin could be at $40,000 at the end of 2018. It easily could,” and adds that “Ethereum, which I think just touched $500 or is getting close, could be triple where it is as well”