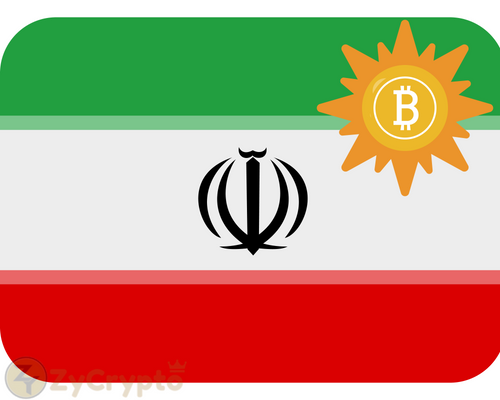 On Wednesday, May 9, 2018, reports emerged that the United States has abandoned the nuclear deal with Iran. In response to the news, Iranians have turned to bitcoin, and other cryptocurrencies as the new development have put the economy of the Islamic nation into a state of disarray.
The current collapse of the nuclear deal between world powers, United States and the oil-rich Iran has plunged the nation into serious national currency crisis with the Iranian national currency, the rial losing more than half of its value since last year.
In a bid to salvage the situation, the Iranian authorities have increased interest rates and established harsh and unfavorable measures that have only worsened the crisis.
According to a local news media, Radio Farda, the authorities have arrested several foreign exchange merchants in recent times as the government sees them as a threat.
Amidst this backdrop, Iranian citizens who are looking to send money out of the country are only left with one option – cryptocurrencies.
According to Forbes, one affected citizen reiterated that:

“With exchange offices closed, sanctions and the rial dropping like crazy it seems like a good idea to use Bitcoin. I know that there are a few people selling and buying Bitcoin in Iran with LocalBitcoins. For now, it seems like Bitcoin is literally the only way to get money out of the country… but with the rampant inflation of the rial, a lot of people won’t be able to afford it.”

LocalBitcoins is a peer-to-peer online marketplace where buyers and sellers of bitcoin transact. The platform is present in a vast array of countries all over the world.
Even with the challenges, people undergo when trying to purchase bitcoin and other alternative virtual currencies in Iran, chairman of Iran’s economic commission, Mohammad Reza Pourebrahimi has hinted that citizens have successfully siphoned more than $2.5 billion out of the troubled nation through blockchain-based cryptos.
Notably, the country’s central bank made it illegal for financial institutions operating in the nation-state to carry out virtual currency related transactions.
In a recent chat with Forbes, threat intelligence manager, Priscilla Moriuchi said that it is very much possible for Iranians to send money out of the nation provided they ”make use of services such as mixers to obfuscate the origin and destination of their transactions,” adding that, privacy-centric cryptos “such as Monero or Litecoin,” are best suited for this purpose.
Amidst the economic sanctions, the nation may need to speed up the development of their national cryptocurrency which they revealed was under development back in February.
However, even at that, a state-backed cryptocurrency may not save the nation from this deed economic turmoil.