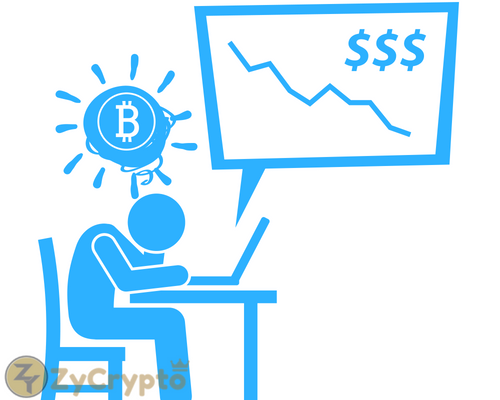 In the wake of recent growth of popularity of the digital currencies, central banks around globe are exploring and analysing its use and creation. According to Morgan Stanley analysis, which has explore the practical use of crypto currency for central banks in future, suggest that the currencies may be used as to enable deeper negative interest rates in the next financial crisis. It could be used to aggressively cut interest rates in the future as well mitigate the impacts of any future financial crisis.
Strategist Sheena Shah, has headed the Morgan Stanley team. The central aim of the team was to depict possible arenas where the central banks may use crypto. However, the team has clarified that the research was “not intended to suggest where we think a digital fiat currency could be implemented or all the reasons why.”
The most prominent suggestion for a potential application were made in regard to the monetary policy. The report recommends that the banks could possibility use the digital currencies so as to take interest rates into deeper negative territory than ever before if a situation arose and that they need to in the event of a major financial crisis has occurred in the country.
Interestingly, during the previous financial crises many central banks has aggressively cut interest rates so as to protect consumers and lenders from the worst impacts of that crisis. Central Banks of countries including Sweden, Denmark, Japan, and the Eurozone has even cut rates into negative territory. Through negative rates were prevalent in many states, no central bank had cut rates below -0.5%.
Suggesting that the digital currencies could possibly change that, Sheen Shah said that:

“Theoretically, a monetary system that is 100% digital may enable deeper negative rates. This appeals to certain central banks… Freely circulating paper notes and coins (cash) limits the ability of the central banks to force negative deposit rates. A digital version of cash could theoretically allow negative deposit rates to be charged on all money in circulation within any economy.”

This could come as a major reassurance to central banks. The UBS Investment Bank has argued, in late 2017, that when the next financial crisis hits, major economies would be forced to drop the rates as low as -5% so as to mitigate the impact. While this could be virtually impossible by using a traditional monetary policy, digital currencies could provide an outlet for the possibility.
As the idea is experimental, according to Morgan Stanley, the potential drawbacks would include “deep and long-standing negative rates eventually are problematic for banks…Central banks would then have to go direct to currency users to implement monetary policy, reducing leverage in the system significantly and cutting GDP growth.”
Central banks’ interest in crypto has spiked up in last 18 months. The Bank of England has set up specifically focused task forces to examine the benefits of digital currencies. Sweden’s Riksbank is in the process of considering the introduction of its own digital currency, the eKrona.
However the picture is not rosy as the Germany’s Bundesbank head Jens Weidmann has warned the digital currencies has the potential to make financial crises more devastating.