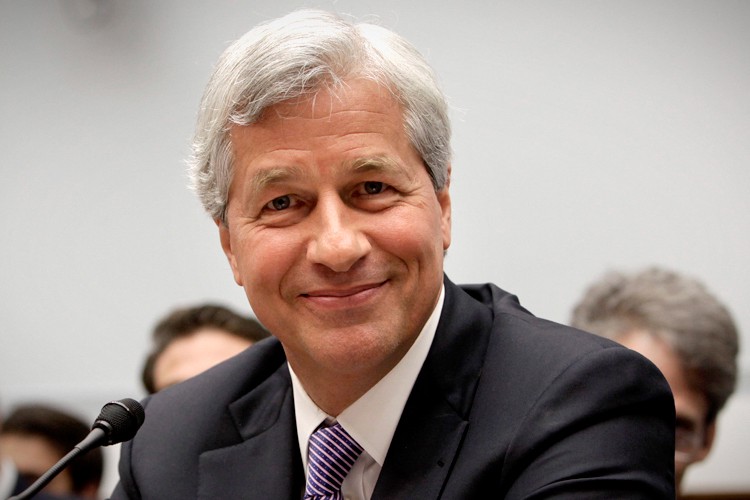 In September 2017 at Delivering Alpha Conference CEO of JP Morgan Chase made a statement on Bitcoin calling it a fraud and also suggested people not to buy it.
But now Jamie Dimon is changing his opinion about bitcoin and blockchain. And he regrets on his previous statement over bitcoin.
Let’s take a closer look over this.Recently in a news television channel called Fox Business. Jamie Dimon, CEO of an American Multinational banking and financial services holding company, made a statement that he regrets to call bitcoin is a fraud.
He also added that blockchain is real and he truly believes into it.
His positive views over blockchain was such that Blockchain technology acts between two parties and it eliminates the intermediate third party, creating a permanent open records of every transaction, which is a kind of improvement to the present technology.
Thus two parties will never be dependent over the third one and can interact directly while their transaction will get recorded in blockchain.
Jamie also talked about ICOs which stands for Initial Coin Offerings. He said every ICO needs to be observed carefully in order to invest into it.
For those who don’t know what an ICO is, ICO is basically a form of way to raise capital by the cryptocurrency companies and for that purpose they sell tokens at cheap rates and offer you coins.
Also note that price for each token in ICO is decided by them so basically they have full control over it but once the coin gets listed on exchanges, creators don’t have any control over its price value and thus it is totally based on market. Hence prices can be way up or way down than the prices that were decided for ICO. So keep in mind there is a huge risk in it.
And at last he also showed his concern about how government will be reacting over the cryptocurrency, Bitcoin and Blockchain.
We are already aware that JP Morgan Chase has announced a launch of Blockchain based System that will be helpful to reduce the number of parties needed to verify the Global payment transaction and thus significantly reducing the transaction time.
Currently global transaction takes around 1 to 2 days minimum based on various banks, their networks and branches.
Project is so called as Interbank Information Network and few other banks like Royal Bank of Canada, Australia and New Zealand Banking groups are the other participants of this project.