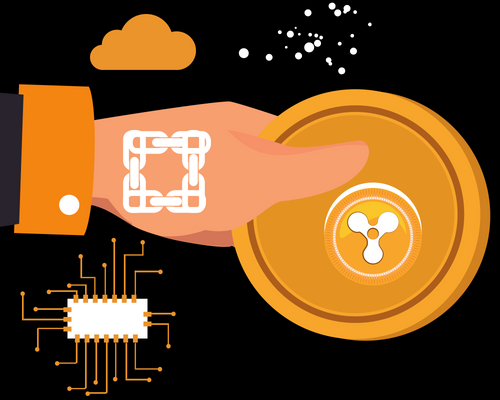 US-based Blockchain start-up Ripple is not relenting in its efforts to be a formidable force to reckon with in the global blockchain industry.
Now, the highly popular South Korean cryptocurrency exchange, Coinone has announced its interest in using the Ripple’s xCurrent blockchain solution to facilitate international remittance.
According to reports, Coinone Transfer, a subsidiary of the bitcoin exchange is putting preparations in top gear to launch its cross-border remittance service for its retail clients in the nation.
Notably, the blockchain startup’s native cryptocurrency is also named Ripple (XRP). However, it is the xCurrent enterprise blockchain software of the firm that would be used to facilitate the transactions.
Ripple’s xCurrent enterprise blockchain software facilitates end-to-end tracking of financial transactions via the Ripplenet.
Coinone is not the only firm that is interested in using Ripple’s xCurrent blockchain solution for cross-border remittance.
Back in April 2018, reports emerged that banking giants Santander was on the verge of launching its cross-border payments solution, powered by the Ripple xCurrent Blockchain.
Notably,  some days ago, Oman-based banking heavyweights, Bank Dhofar became the first financial institution to join Ripple’s RippleNet blockchain network.
We are delighted to be the first bank in Oman to join RippleNet and access more than 100 of its member banks and other financial institutions utilizing blockchain for instant payments.
With this, we can provide instant, frictionless and secure cross-border money transfers within seconds, within seconds, with end-to-end visibility over the journey of the payment,” said Chief Information Minister at BankDhofar, Tariq Taha, adding ” This initiative is part of Bank Dhofar’s continuous transformation plan, which is putting digital technology and innovation at the core of its strategy to improve the experience of its customers.
Coinone has made it clear that it’s integrating the Ripple blockchain solution into its operations in a bid to see to give customers a super fast payment service with very minimal fees.
The service is meant explicitly for sending international payments from South Korea to other nations by migrant professionals and unskilled workers.
The product is named ‘Cross,’ and it will be launched shortly, to make Coinone Transfer remittance dream come to pass.
“Ripple’s xCurrent solution will revolutionize the lives of our customers by providing them with a real-time, low-cost global remittance service,” said Coinone Transfer CEO, Wonshee shin.