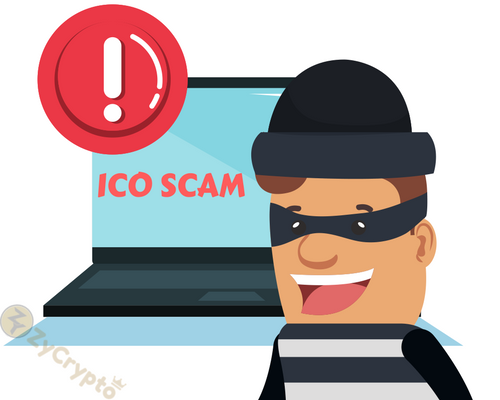 Protestors have been calling for an investigation into Modern Tech JSC for committing “the largest ever cryptocurrency fraud involving 15 trillion dong,” or $658 million raised in ICOs for the cryptocurrencies Ifan and Pincoin.
The coins released by Modern Tech JSC were designed for lending and asset sharing. Ifan promised to be “the most advanced social network” and would allow stars to connect directly with their fans offering access to music, movies, tv shows, and other performances in exchange for Ifan coins.
Pincoin’s more ambiguous mission statement simply bragged of an “investment opportunity” which pledged a 40% monthly return to investors. On top of the great monthly returns, Modern Tech JSC promised an 8% commission for the recruitment of new investors, and Pincoin even features a yellow Lamborghini on the homepage of their website.
When investors saw their coins increasing in value but were unable to withdraw for cash, the plot began to unravel.  Now that these ponzi-like schemes have been exposed, the Vietnamese government is preparing to take corrective actions.

Vietnam’s Prime Minister Nguyen Xuan Phuc told the State Bank of Vietnam, the Ministry of Public Securities and other regulators to tighten the “management of activities related to bitcoin and other cryptocurrency.”
Meanwhile in Ho Chi Min city, the home of the scam firm Modern Tech JSC, local authorities are beginning to track and gather information on the fraudulent ICOs.  The recent uproar has led the police chief of Ho Chin Minh City Le Dong Phong to remind citizens that “cryptocurrencies and transactions in cryptocurrencies are illegal in Vietnam.”
The formal investigation will begin once the city can determine the scope of the scam’s victims. Leaders of Modern Tech JSC, the accused perpetrators, have since gone silent.
Protestors who gathered in front of the company’s Ho Chi Minh City headquarters were told that he company had moved out over a month ago.
According to a report from Reuters, the mobile Modern Tech JSC’s general director, Ho Xuan Van, was turned off, and reporters have been unable to track down any other of the firm’s officials for comment.
Vietnam is only the latest country to call for stricter laws regarding cryptocurrency trading.  Official government warnings are going out and awareness is growing, but ICO fraud does not seem to be slowing down.
Regulations in the crypto sector tend to scare many cryptocurrency fans. However, another faction of crypto enthusiasts are welcoming regulation in light of scams like this that are capable of robbing investors of billions world wide.