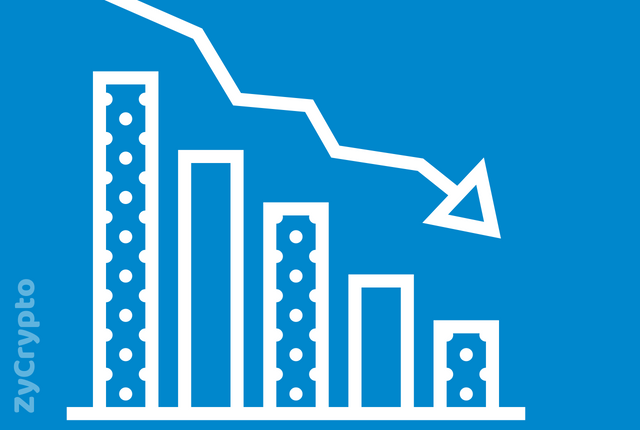 How does the fear of crypto traders affect the market? Before I start I’d like to clarify what I mean by fear. By fear I simply mean the belief that we are still going to go lower. An example is the people who have been saying since about February that we are going to see $3k per Bitcoin. I’m not saying we won’t, but the behavior of crypto traders since the start of the year may have created a self-fulfilling prophecy.
Every time we have seen what looks like some sort of revival in the crypto markets this year the day traders have been the first to tell us that we are in a bull trap and we should take our profits and wait for the next drop.
In fairness to them they have been right every time so far. However the common belief amongst traders that we are in a bull trap which leads to them taking profits could be a big contributing factor in the prolonged decline we have seen.
The reason is every time traders take profits and sell, it creates downwards pressure on the market, which when combined with less experienced investors following their lead, and also the whales who seem to have been manipulating the market downwards for quite some time, means realistically when traders start screaming about a bull trap, the market is extremely likely to go that way.
So how can the less experienced investors avoid making the mistake of following the traders and market when it is already too late, and as such selling low and buying back again higher? As when the traders announce their moves on Twitter for example, anyone who copies them is a lot less likely to correctly execute a good trade as the traders themselves. When less experience investors try to copy traders and time the markets it usually ends in pain for them.
The obvious way to avoid this is to HODL, if you don’t yet have the skill set to execute successful trades then don’t do it. If you want to learn, only trade with a small part of your portfolio so that you your trades won’t make or break you.
If you are less experienced and want to trade more and time the market, I would recommend setting your orders in advance. As an example, recently ETH has taken a big plunge in value compared to BTC, someone wanting to capitalize on this might want to move their BTC into ETH and buy it back when the ETH has risen again.
Most new traders will execute the first part of the trade fine, but then what they do is sit on it, and when the value of ETH rises they don’t sell because they’re waiting for the top, which they usually miss, and are still holding the ETH once it has come crashing back down again. In these cases, the newer traders would be far better off if they put their sell orders in as soon as the buy orders were met, and accept they aren’t usually going to sell at the very top.
It is better to make 30% on a trade than see your new coin double in value only to hold it all the way back down again. This fear of missing outs prevents newer traders making any profit at all, when it is easily avoided.
A lot of the recent pain felt by newer traders self inflicted. When you check your portfolio and it is down say 20% and you panic sell, not only are you probably making an emotional and poor trade, you are also contributing to the very downward pressure that has burned you. Fear is driving the markets at the minute, a lot of experienced traders are fearful of a bull trap every time something positive occurs, and newer traders are fearful of losing all their money, so in an attempt to preserve what they have remaining they sell at a loss.
The market is the sum of all the individuals in it. If the majority of people in the market are fearful they will push it downwards regardless of value or news. I am not sure what will make this current market turn around, and at which point the majority will stop being fearful because they think we have found a genuine bottom, but in the meantime at least be aware of your own emotions and ensure you are not contributing to this state of fear and panic.
The market however is a self fulfilling prophecy, so if the majority of people are fearful because they think we will keep dropping until we reach for example $3k a Bitcoin, then that is something that might happen.
About The Author
Daniel Maarek
www.dmfx-financials.com