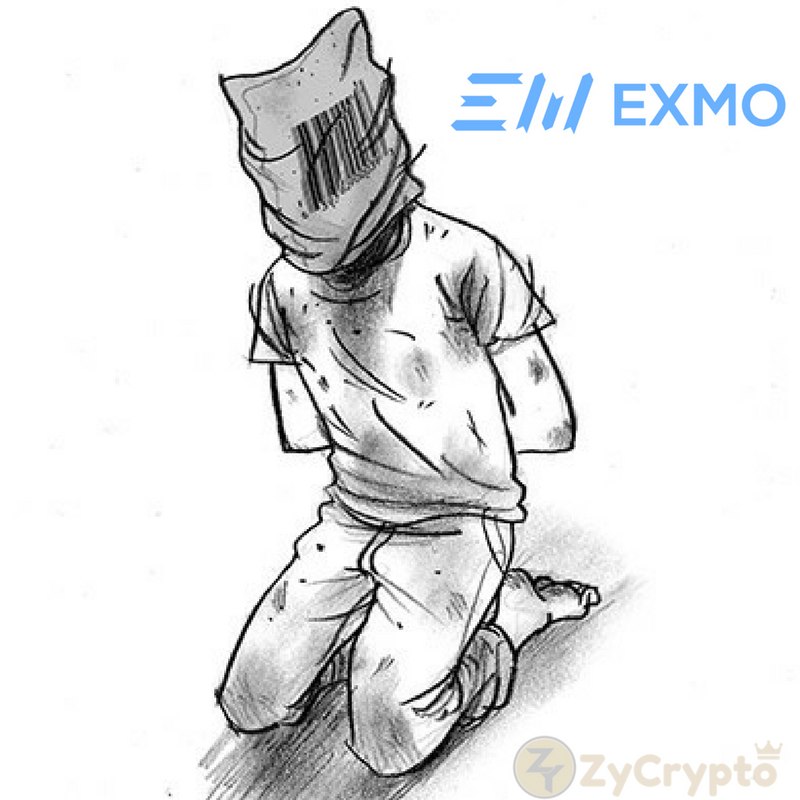 Cryptocurrencies are becoming more and more ubiquitous with each passing day, at the same time, bad actors like crypto kidnappers are always on red alert to perpetuate their acts of criminality.
Pavel Lerner Abducted
Pavel Lerner, a Russian Cryptocurrency investor, and businessman have been kidnapped in Kiev.  As per Strana.ua,  Lerner who is the current managing director of EXMO crypto exchange has been abducted by some masked men near his office complex on the “Stepan Bandera” boulevard in Kiev, Ukraine.
It is reported that officials have started investigating the matter and have published the registration number of the Mercedes Benz the abductors used in carrying out the attack. Search teams have since mounted surveillance, looking for possible clues as to the whereabouts of the kidnappers and Pavel Lerner.
According to Strana.ua, Pavel Lerner is a citizen of Russia, and also has a Polish residence permit. Lerner is the head of some Blockchain and cryptocurrency firms in Ukraine. On Facebook, Lerner is an indigene of Kursk in Russia.
The Public Relations team of EXMO in an interview with ForkLog said that the kidnap had not disturbed the company’s work and that peoples funds and are safe.
“we are doing everything possible to speed up the search of Pavel Lerner. Any information regarding his whereabouts is very much appreciated. Despite the situation, the exchange is working as usual. We also want to stress that nature of Pavel’s job at EXMO doesn’t assume access either to storages or any personal data of users. All users’ funds are absolutely safe.” They assured.
As reported by BitsMedia  Lerner’s abduction is similar to that of Alexander Vinnik who was arraigned in Thessaloniki some months ago in connection with numerous criminal acts. It is important to note that the United States authorities have also accused Vinnik of playing a significant role in the Mt.Gox hack.
However, Pavel Lerner has no previous criminal records but have recently filed a lawsuit against the  Russian authorities for blocking his original Exmo.com domain.
The real motive of Lerner’s abductors is still unknown until officials get results from their investigations.
With the exponential increase in price and adoption of cryptocurrencies, it is of utmost importance for Crypto-entrepreneurs and crypto-millionaires to always go the extra mile in ensuring they are secured at all times because crypto-kidnappers are everywhere these days and can strike at any time.