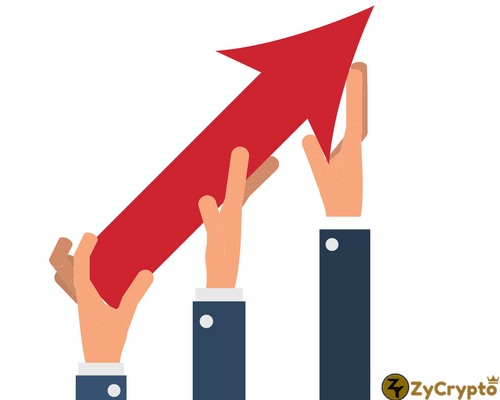 After a terrible start of the year, in which according to express.co.uk “after peaking at about $834billion on January 7, the market plunged an eye-watering 66 percent, wiping out some $553billion, according to CoinMarketCap”, during the last few days, the market in general has experienced a trend reversal, with the main cryptos growing significantly without clear indicators of an important new correction.

This seems to confirm the predictions made by bullish investors who, despite the general fall in prices, recommended buying cryptos in order to profit in the near future when the market recovers.

Thomas Glucksmann of GateCoin told CNBC his considerations on what seems to be a normal trend correction, which could skyrocket prices after the big drop suffered last month:

Increasing regulatory recognition of cryptocurrency exchanges, the entrance of institutional capital and major technology developments will contribute to the market’s rebound and push cryptocurrency prices to all new highs this year.

According to his opinions, bitcoin could be “pushing $50,000 by December”.
On the other hand, Danis De Jong, in an analysis for express.co.uk focuses more on the technical aspect than on pure speculations as support to explain his bullish forecasts:

“It may not capture the headlines like the volatility of bitcoin has in recent months, but there have been considerable advances in the underlying technology of the blockchain (…) The relationship between crypto usage and investment in the space underpins bitcoin’s value to an extent, and for this reason I can’t see it going anywhere soon.”

Similarly, other investors, a little more skeptical, were interested in the potential benefit that investment in cryptocurrencies could represent. Among them, Bleakley Financial Group CIO Peter Boockvar who said: “If bitcoin resumes its decline here, I think that equity investors should pay attention.”

According to long-term technical analyses, bitcoin’s natural behavior remains bullish, and although normal growth should not be practically exponential, this behavior seems to be normal for a market that is still emerging and capitalizing.

After bitcoin’s typical bearish behavior at the beginning of each year, the strategy seems to be always the same: “don’t invest more than you can lose” and “buy and hodl on the long-term”