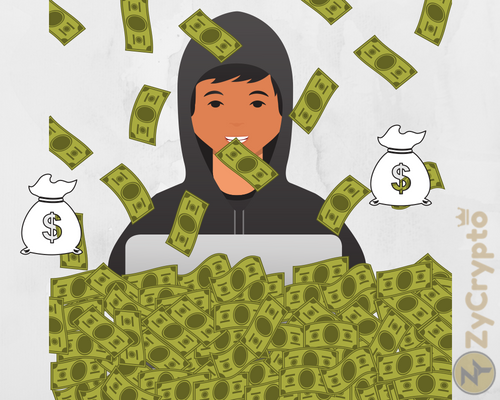 Guido Vranken, a dutch ethical hacker, who have in the past reported bugs for Ripple, Stellar, and the Ethereum projects have detected 11 bugs on the EOS blockchain. Each bug found fetched him $10,000 and have seen 11 of those bugs, Mr. Vranken had made over a hundred thousand dollars in a week.

“The EOS people are very appreciative of my efforts. Reported bugs were quickly analyzed and fixed in their public repository. At first the process was very ad-hoc because [EOS CTO] Daniel Larimer and I were sending files back and forth on Telegram, but they’ve since started to run a bug bounty program on HackerOne which I think is in the best interest of both bug finders and the EOS team,” Mr. Vranken said in a statement.

It’s been confirmed that Guido Vranken is now part of the company. It’s also confirmed that all security issues have been taken cared of. This event has shown that even most valuable projects can have security issues.
Qihoo 360, a China-based digital security company had reported some high-risk vulnerabilities to EOS as well. These vulnerabilities, if discovered by cyber attackers could give them access to take over any EOS node.
The EOS which was scheduled to launch on the 2nd of June had failed to do so. Unfortunately, blockchain producers had voted against the main net launching. The reason reported was that there was a need for more testing and audits on the blockchain.
The next vote is scheduled for the 9th of June. Hopefully, it goes as the rest of the community expects. But until there’s an agreement to launch the platform, the platform will not go live.
EOS cryptocurrency which is currently ranking 5th on CoinMarketCap has been doing well, and because of the anticipation of the launch, it’s price had made an all-time high of over $20 but had lost some gains as launch failed. Price is currently at $13.97 at the time of writing.