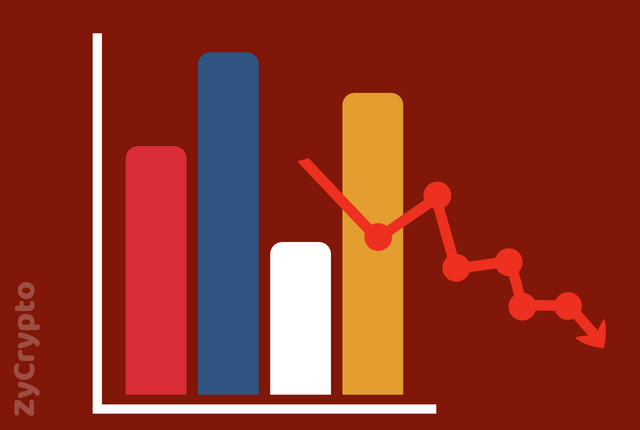 There has been hope that the cryptocurrency market capitalization could hit the one trillion dollars make in 2018 and even surpass it due to the bubble in the cryptocurrency market in Dec last year and in middle of Jan 2018.
However, this dream has been reduced drastically that most investors and traders could not believe what is going as as most of the top cryptocurrencies had lost more than 200% of their initial gain to the current market forces.
Some of the factors that has led to the decrease in the market capitalization of cryptocurrencies and crypto tokens so far in the beginning of year 2018 when it stood above $800 billion and it’s present value that is less than $213 billion as of the time of this writing, which represents more than 270% decrease are:
1) Drastic loss in bitcoin price: it is true that bitcoin has been able to retain its dominance in the cryptocurrency market. However, its changes in price has a strong effect in the entire market capitalization either to the positive or negative direction.
As at the beginning of the year when bitcoin trades above $19500 till now when it is trading below $6500, there is more than 200% loss. This loss in value of bitcoin has affected the market capitalization of the entire market.
2) Unsuccessful Coinbase Conference: there has been a correlation in recent years on the effect of this conference to the entire market capitalization. However, it was observed that unlike last year conference when the market picked up while the Conference was ongoing and August same year, that the opposite is the case this year, since the prices went down while the conference was on, and nosedived after the conference even though that there were speculations that the market will experience a good change after the Coinbase conference.
3) Panic in the entire market: there is strong panic in the market due to investors attitude to trading and investing in coins and mining activities. This withdrawal of funds by investors in other to minimize lose has contributed to a high degree reduction in market capitalization.
4) increase in government clampdown in China: China is one of the countries of the world that has early adoption of cryptocurrency activities by its residents and companies. The ban in all cryptocurrency related activities like trading, investing, mining, exchange, storing has reduced the number of cryptocurrency users which directly affected the volume of transactions done from Chinese crypto enthusiasts.