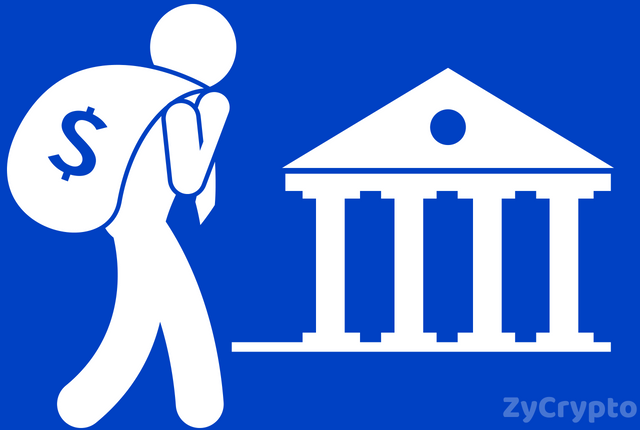 As the unified Parliament sets out to amend one of its most comprehensive financial laws, it sought the help of a study to include new regulations for the emerging alternate financial system that would include use of cryptocurrencies.
The European committee on Financial Crimes in July conducted a study on cryptocurrencies legal context of money laundering and financial crime. The findings provided the much needed insight, as author of the findings Report – Dr.Robby Houben and others said that cryptocrime was particularly dangerous as it was an anonymous tools.
The authors found that this feature allowed them, “prevents cryptocurrency transactions from being adequately monitored, allowing shady transactions to occur outside of the regulatory perimeter and criminal organisations to use cryptocurrencies to obtain easy access to ‘clean cash.‘”

The author said that tax authorities are unable to detect the participants of the crypto transactions, and hence who is liable to be tax, and hence allowing evaders to remain undercover.

The findings also helped to identify that in its present format the EU regulatory rules do not have the feature which will address crypto crime. It found that the rules could not unveil the anonymity which are common to the cryptocurrency transactions.
Hence, the findings recommended the implementation of the fifth version of the Anti-Money Laundering Directive or the AMLD5 with policies which curbed cryptocurrency anonymity features. The eventual scope of this Act would be to lower crime and to consider recommendations for policy making and the blockchain technology as well.
The report also focused on the need for a regulatory control across the expanse of EU countries. They also sought to include a feature which would make registrations compulsory for all types of cryptocurrency user identifications. There would also be a ban on particular activities like the process of ‘tumbling.’ This feature is called as ‘mixing’ so that the historical features of the transaction are masked or untraceable.
The findings also sought to reinforce the laws have to be monitored on an ongoing process as well. The report also recommended that,

“In the longer term, the EU should consider developing a tailored and more comprehensive framework for cryptocurrencies, and setting EU standards for cryptocurrencies in line with suggestions and recommendations made by the EBA [European Banking Authority.”

The other components the report recommended are the need to have a licensing system for service providers in the cryptocurrency space. The next step would be to create a ‘middleman’ such that the distributed ledger technology which typically cuts out such middleman will have a regulatory person in place.
This regulatory person will not be ‘identifiable’ and will hence remain an effective enforcement and enhance the chances of better compliance with regulatory rules.
It also sought that there should be a better construction of framework for regulations of transactions which occur across the EU borders. They believe that the collaboration is of ‘critical importance and that it will impose and enforce these rules.’
However, they recommend that blockchain technology should not be tampered with, even as investigations persist in identifying cryptocurrency illegalities.