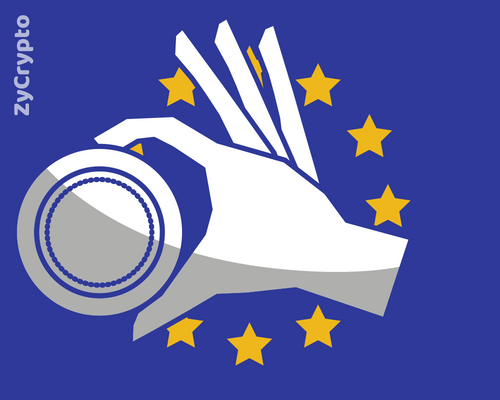 A research conducted by behavior scientists and cryptocurrency analysts has shown that cryptocurrency has not overtaken the investment market as speculated.
According to the research, less than one out of every ten Europeans own a cryptocurrency. With much emphasis laid on the acceptance of the virtual currencies, it was established that the volatility of the crypto-market which possibly breeds high risk of investment has forced European investors to consider other assets such as shares over one of the most criticized investment assets.
Most of the respondents also admitted that stock is equally risky. In as much as every investment involves a level of risk, investors consider the level of risk attached to an asset before investing in it.

“For instance, 46% in Europe see shares as less risky than digital currencies such as Bitcoin; 24% say they’re equally risky. This may be part of why cryptocurrencies seem to have less appeal for long-term personal finance activities, such as receiving pay or saving for university, than one-off transactions,” according to the report.

Another major reason for the disappointing acceptance of cryptocurrency among the Europeans is that the digital asset is not seen as the future of finance. The respondents expressed a strong believe that other assets would possibly overtake cryptocurrency in the future since genuine investment is about the future success of an asset.
35 percent of the respondents agreed that Bitcoin is the future of finance, while 32 percent agreed that cryptocurrency will take over the financial market by storm in the future. The report established that there was a mixed reaction and response when asked whether they would invest in cryptocurrency.
The reason for this was also captured in the report. It turned out that most Europeans who plan on investing into cryptocurrencies first seek expert advice, and after getting knowledge on how risky the market has always been, they divert their investment to other assets.
27 percent of Europe based investors seek advice from expert websites before engaging in the investment. Also, 21 percent consults financial experts or advisors and finally, 8 percent of them consults family and friends before making any move. The ING report presents the current overview of crypto-market in Europe.
This does not predict the future failure of cryptocurrency assets but establishes the opinion of the respondent. Despite the high market volatility and the risk in the market, Bitcoin and other virtual assets still stand as an interesting market to enter, but with great caution.