Bitcoin and Ethereum have been on top of the blockchain market cap for some time now, even though Bitcoin is the first major cryptocurrency invented in the world of digital assets and has been on top till now. Ethereum and Bitcoin both operate on the blockchain technology. Bitcoin’s blockchain tracks the owner’s digital currency which is bitcoins, but Ethereum focuses more on running the program code of any decentralized application. On the Ethereum blockchain, miners mine for ether only rather than bitcoins.

Ethereum is a public open-source blockchain distributed on a platform for computing and operating system with smart contract function, Ethereum has its currency which is generated on the Ether platform, like Bitcoin it’s bought and sold online by investors and traders. its blockchain is a place which focuses on the existence for dapps. Most people only know Ethereum as the second popular cryptocurrency so far.

People see Ethereum having high potentials of overtaking Bitcoin in the crypto market. The question here is what is so special about Ethereum? Well, I’m glad to tell you. It is the technology behind it. Ethereum itself is a ledger technology that is used by companies to develop new programs and it’s more robust, which is great for innovations.

Ethereum is been supported by the Enterprise Ethereum Alliance. Which is made up of companies which have agreed to build and support Ethereum’s blockchain tech, popularly known as the smart contract technology. Ethereum potentials to process and impact IoT projects which has an open door for innovations such as Chronicled, my firm etc. this was done to serve as a leverage for Ethereum’s technology. 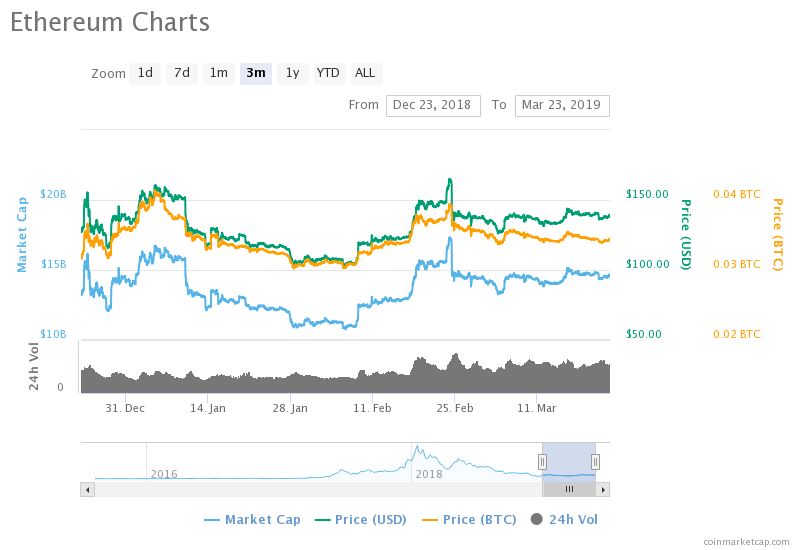 In the crypto space, bitcoin is the leading coin since its invention. Most cryptocurrencies are been measured against bitcoin. For example, Ethereum has its own effective blockchain and price value. But when it comes to market price, bitcoin is still the market leader.

The purpose of bitcoin is to store a value in a form of a digital currency, and that is what it is meant for, whenever people think of investment, they think of the first major cryptocurrency which is bitcoin because of its branding. Well, that’s not bad.

There are so many scientific differences and similarities between the Bitcoin and Ethereum platforms, but at this moment they may seem alike. Besides, these similarities and differences may become more apparent and affect their trajectories.

Even though Ethereum is much into ‘cryptocurrency technology’, Bitcoin still leads the crypto market. Now, the question here is will Ethereum edge close to the bitcoin market cap in 2019 with all the awesome tech behind it?. Well, it’s up to you to decide based on the information above.