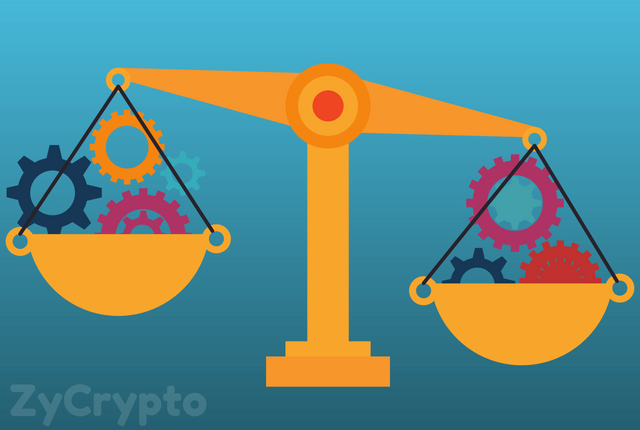 The great but healthy rivalry in the blockchain industry is keeping all the actors and operators at the edge of their seats, as new and improved cryptos are flooding the market and ready to give the major players the run for their money while also establishing themselves at the big stage.
Though Bitcoin is still holding on the top spot, it is still the undisputed and the most popular cryptocurrency. Others like Ethereum are also not far behind, laying down a statement and given the traditional financial sector the challenge it deserves while also serving as a major alternative.
But the introduction of a new but exciting franchise like EOS and NEO, the major operators have been edgy, due to the improved features the new blockchain ecosystem offers, kits dynamism, better packages and its understanding of the market.
A BETTER ALTERNATIVE?
Ever since the introduction of Bitcoin in 2009, it has witnessed a lot of success and also pitfall as the first cryptocurrency in circulation and currently the only alternative to the traditional financial sector.
But the emergence of Ripple in the same sector which offers the same product like Bitcoin was seen as a major development in the industry has the crypto will not be a stand-alone but will be complemented in strengthening the blockchain industry. Among the most notable is Ethereum.
Ethereum is an open source, public blockchain distributed computing platform featuring smart contract functionality. Ether is the crypto which runs on the Ethereum platform. Since its launch in 2015, it has competed favorably in the market and carved a niche for itself in the blockchain industry, but the existence of new and improved franchise is creating more excitement in the industry but more headache for the competitors.
Among the new franchise is EOS, EOS is a cryptocurrency token that operates as a smart contract platform for the deployment of decentralized applications and decentralized autonomous corporations.
EOS, THE NEW LEADER IN A POLARIZED MARKET
Ever since its launch in January 2018, the platform has made a tremendous effort from its launch platform TestNet which gave it issues at inception to the introduction of MainNet. Though MainNet suffered difficulties in some technical areas at first, it was rectified within hours, and it gave it the needed freedom to gather enough strength to power its way past NEO which happens to be its main challenger.
EOS also stands shoulder to shoulder with Ethereum, through its jaw breaking services and other juicy features that makes it the envy of others.
Ethereum and others are still in the game but EOS seems to be the blockchain which has gotten it right presently.