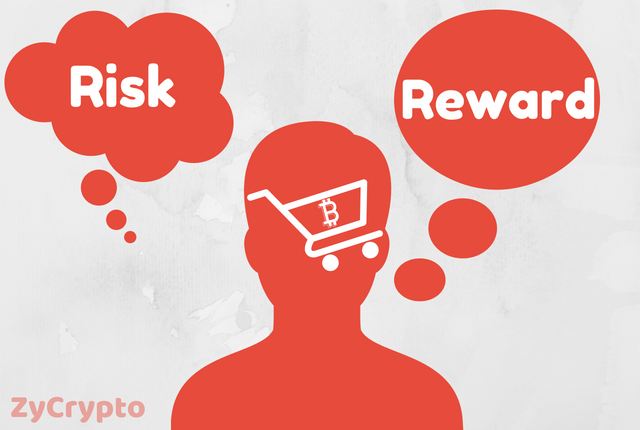 People like to look at things from either a pessimistic point of view or an optimistic point. More often than not, the two views come to different conclusions. The same has been the case for bitcoin, there has been the bearish and the bullish investors.
Currently, the two can’t agree on a stand about bitcoin, is it a time to buy or dump? Is it a risk to buy or opportunity to get in on a reward?
Don’t Listen To The News, Look At The Charts
In this piece, we are going to take a more liberal stand where we consider bitcoin as a potential risk that will go lower than its current $6K range and a potential reward opportunity that will break and go higher than $6K. The first thing we need to look at is the fact that bitcoin recently dropped to an all-time year low of $5,800, bitcoins latest resistance level to be tested.
So, arguably, it’s almost impossible for the cryptocurrency to go below that mark. However, it is not impossible and it could still go below that resistance level. According to bearers, the price will go as far as $3,000 or $4,000 and granted we will use this number, cause by the time the market hits that low, you will definitely cash out and call it a day.
On the other hand, the bullish predict an all-time high of over and above $20,000 but for practicality we are going to use the historically proven number, $19,000.
What Do You Stand To Gain? What Do You Stand To Lose?
So, if you buy bitcoin in the range of $6,300 to $6,400 and it goes down by nearly half, of course you won’t wait for it to go to zero, you will cut your losses and sell off at around $4,000. At this point you will accept that you have lost and the bearish were right all this time.
It won’t be pretty, but will it be that bad? Well, some people have lost from $10,000-$18000 to an all low $6,000, but people are different, not everyone is willing to lose anything close to half of their investment. In conclusion, if you invest in bitcoin right now and the market is bearish you lose about $2,000 of your $6,000 financial investment when you finally decide to sell off at $4,000.
What about if the market is bullish? In this case, we know realistically bitcoin could go to $10,000 before the end of the year. If it does, you will make something close to $4,000 in a couple of weeks or months. This is not all, bitcoin could still go all the way, all the way to $15,000 or its all high of $19,000, in this case you will make nearly three times of what you invested.
Bitcoin going all the way might not happen this year but it’s almost certain that it will still hit well over $10,000. It’s quite easily possible that with a single event like the SEC approving bitcoin ETF’s, or backing of major financial institution, bitcoin will rally all the way to $10,000 to $19,000.
To Buy Or Not To Buy?
So it is clear that taking a realistic stand and buying bitcoin right now when it sits in the $6K range proves to be more rewarding than risky. The $5,800 resistance level has been tested and judging from how fast the number bounced back to $6,300, its nearly impossible for the coin to go below that.
From a liberal point the reward is higher than the risk and this current price is a buying opportunity. As Linda Raschke notes in her best seller book on trading; Market Wizards, “It’s better to have the wrong idea and good timing than the right idea and wrong timing.”