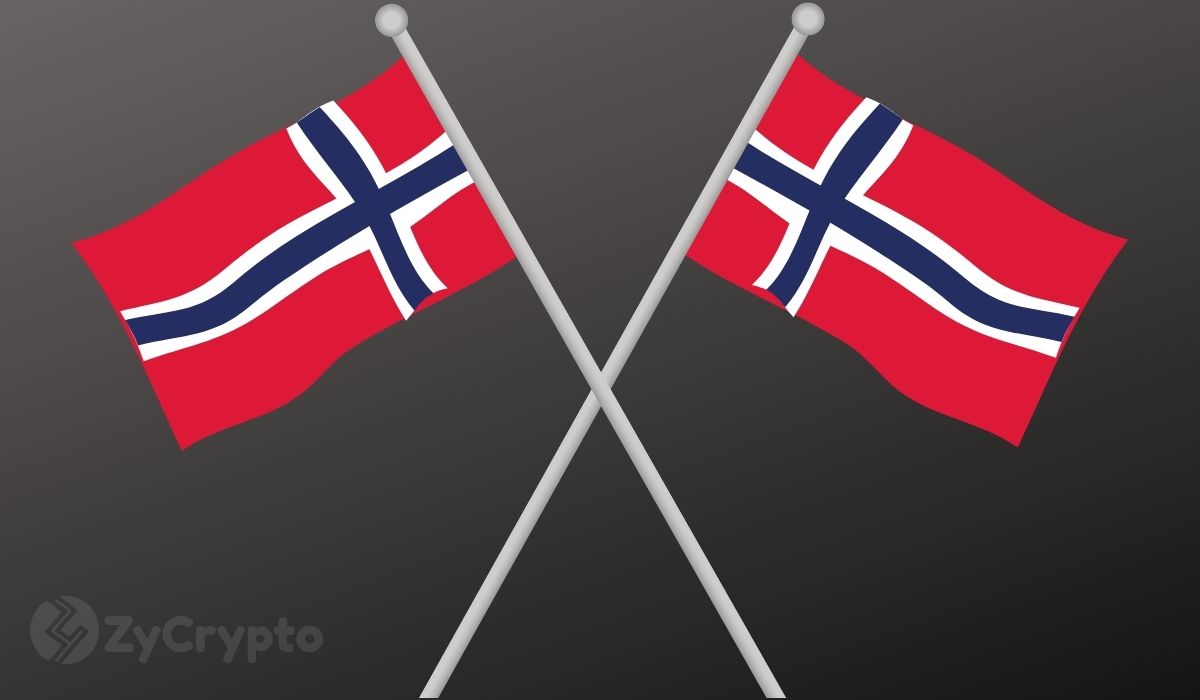 The use of physical cash in Norway has slumped dramatically and the COVID-19 pandemic has inadvertently accelerated the journey towards being a cashless society. In fact, reports say that the Nordic country now has the lowest cash use in the whole wide world.

With this in mind, one would expect that Norway will easily adopt bitcoin as an alternative to fiat. But this is not the case as the Norwegian government is not ready to soften its stance on the OG cryptocurrency. Per a recent Bloomberg report, Oystein Olsen, the governor of Norway’s central bank — Norges Bank — has dismissed any possibility of the country embracing bitcoin.

Why Bitcoin Is Currently Not On Norway’s Radar

The central bank governor noted that bitcoin is unlikely to overthrow fiat money that is presently regulated and controlled by central banks. Olsen gave three reasons that form the basis of his argument. He believes bitcoin is “far too resource-intensive” and also “far too costly”. This is presumably in reference to bitcoin mining and the insane amount of power that it consumes.

“I mean, the basic property and task for a central bank and central-bank currency is to provide stability in the value of money and in the system, and that is not done by bitcoin.”

Olsen’s criticism of bitcoin comes not long since Norwegian oil billionaire Kjell Inge Røkke spoke in favor of the cryptocurrency. Earlier this month, Røkke declared that bitcoin is primed to be worth millions of dollars. The billionaire’s oil company Aker ASA, then unveiled a crypto-focused business called Seetee AS which made a $58.6 million bitcoin investment. Besides this investment, Seetee will also allocate some capital to projects dedicated to the bitcoin ecosystem.

The king of cryptocurrencies has continued to attract both haters and fans after a very volatile start of 2021. One bitcoin now costs a whopping $55,000. Roughly a year ago, the cryptocurrency was valued at a mere $7,000 as it struggled to break past the $10K psychological level.

As such, BTC has received endorsement from business magnates like Tesla CEO Elon Musk. As a matter of fact, Tesla converted $1.5 billion of its excess cash to bitcoin in January. Before the electric car manufacturer, MicroStrategy, Square, and over 15 publicly-traded companies had already added bitcoin to their balance sheets.