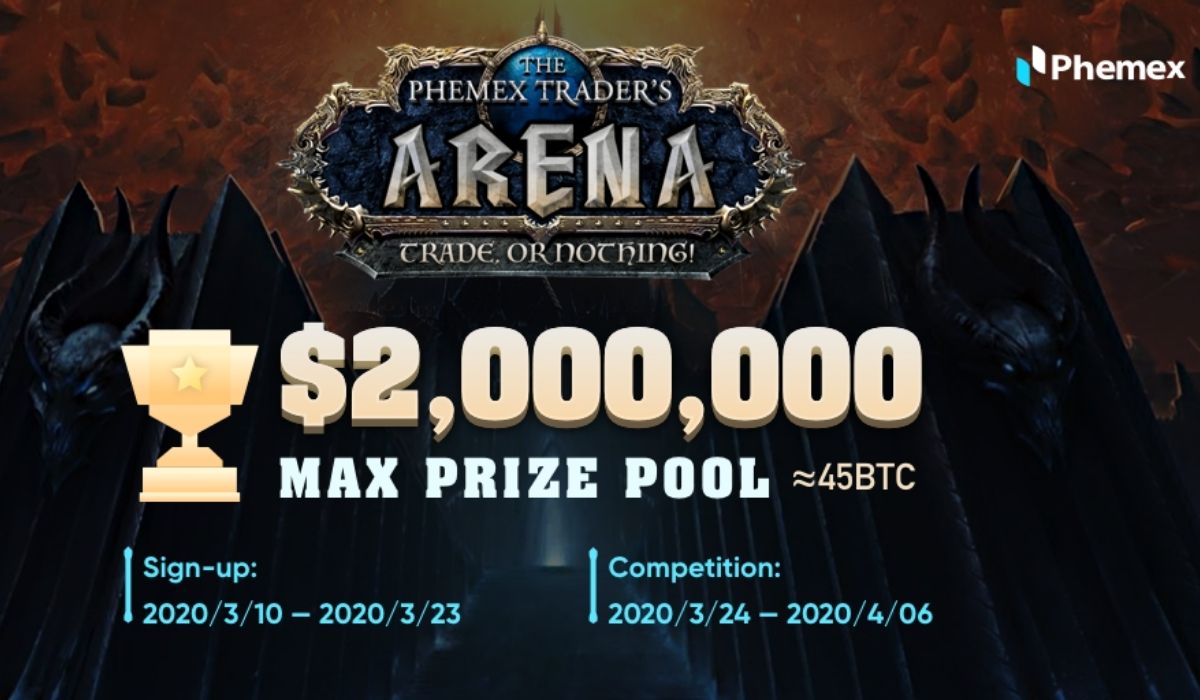 If you call yourself a real trader, you don’t want to miss the Phemex Trader’s Arena. This huge competition puts $2,000,000 on the line and gathers the best traders worldwide.

Are you up for the challenge? Then let’s check the details.

If you didn’t know about it, the Trader’s Arena is a team-focused crypto trading competition.

You only need a minimum of 0.005 BTC on your trading account and at least 10 partners to participate in the contest.

The Arena will last for about a month, including the registration period and the distribution of the rewards:

But before jumping into the Arena, note that the entire $2 million prize pool can only be released with a total of 18,000 players. In other words, more participants mean greater rewards.

At the moment, over 4104 people joined the Phemex Trader’s Arena, putting the prize pool at 8 BTC.

The prizes – how are they distributed?

First of all, you need to be in the top 10 at the end of the trading contest to get a reward: top 10 teams or top 10 players.

Because the contest is focused on teamwork, most of the prize pool belongs to crews, but there are plenty of rewards for individuals too.

The first three teams on the leaderboard get 25%, 15%, and 8% accordingly. The following seven teams will get 30% to share equally.

Are the team rewards shared equally?

Actually, no. Like any other team, there’s a big chance to encounter active and passive members. Therefore, the prizes are distributed based on the level of involvement. If there are at least 20 members in the team, then the reward will be distributed as such:

Now that you know how much is at stake get your squad and hunt the first place – show the crypto community what a real trader is made off!