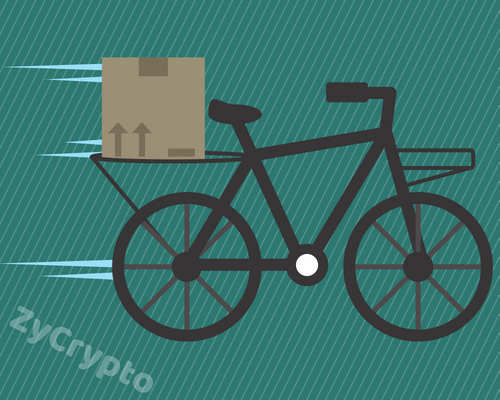 As cryptocurrencies keep growing in popularity and adoption, various firms all around the globe are building useful products around blockchain-based virtual currencies.
50cycles, a UK-based specialist electric bicycle maker has announced the launch of its crypto-mining bicycle called Toba.
The company claims the first-of-its-kind bicycle mines roughly 20 GBP (USD 26.5) worth of ‘Loyaltycoin’ for every 1,000 miles covered by the rider.
The Toba bicycle presents riders with a win-win situation as they will be able to exercise their body while earning real money.
Toba bikes can only mine ‘Loyaltycoins,’ and the generated altcoins can be exchanged on crypto trading platforms for other established cryptos such as ethereum, bitcoin, and others.
Additionally, the Loyaltycoin can be redeemed for valuable products on the 50cycles platform.

“At the moment we are working with Loyaltycoin to reward our customers but eventually the Toba bikes will have their own digital coin which will become one of the thousands of currencies of the future, and the Toba will allow riders to become an integral part of its growth,” said the 50cycles founder and CEO, Scott Snaith.

Each bike will have its unique private key as proof of ownership. Owners of the Toba bicycle will be able to view how much tokens have been generated via a mobile app.
The first set of users of the Toba bikes will get it delivered to them in September 2018.

“This is not only the first electric bike of its kind, but it will also be the first product ever to be tokenized and which issues reward for use,” Snaith said.

Established in 2003, the firm which claims to be a specialist in “advanced electric bikes,” has now caught the crypto fever.
With each passing day, the adoption of cryptos keeps increasing, as more and more people are beginning to get interested in the burgeoning ecosystem.
Back in 2017, reports emerged that an owner of the Tesla S electric car had turned his car into a crypto mining rig thanks to its supercharging ability.
Just as crypto enthusiasts and innovators are creating excellent ways to mine digital currencies, bad actors are also formulating illegal means of mining for cryptos.
The incidence of cryptojacking has been on a maddening increase since 2017. Even now that the price of bitcoin and other cryptos is at its lowest ebb, cyberpunks are still hijacking peoples computers to generate altcoins like Monero and others without their consent.