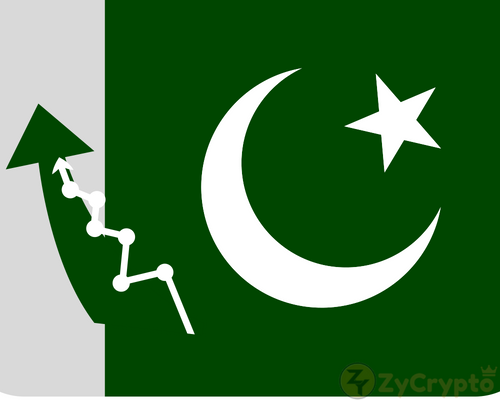 Hodlers in Pakistan have devised ingenious means to trade blockchain-based virtual currencies despite the apex bank’s blanket ban on all things crypto-related.
Back in April, the State Bank of Pakistani (SBP) sent out a notice to all local banks and financial institutions in the nation, mandating them to stop facilitating all crypto-related transactions for businesses.

“Virtual Currencies (VCs) like Bitcoin, Litecoin, Pakcoin, OneCoin. DasCoin, Pay Diamond etc. or Initial Coin Offerings (ICO) tokens are not legal tender, issued or guaranteed by the Government of Pakistan. SBP has not authorized or licensed any individual or entity for the issuance, sale, purchase, exchange or investment in any Such Virtual Currencies/Coins/Tokens in Pakistan,”

An excerpt from the circular declared,  adding

“In view of the foregoing, all Banks/DFIs/Microfinance Banks and Payment System Operators (PSOs)/Payment Service Providers are advised to refrain from processing, using, trading, holding, transferring value, promoting and investing in Virtual Currencies/Tokens.”

Notably, the same kind of draconian regulation is going on in India, where the Reserve Bank of India (RBI) is bent on stifling the growth of the nascent cryptocurrency industry by imposing harsh policies on its cryptospace. However, virtual currency-powered businesses are not giving up just yet, as there has been quite a slew of lawsuits against the banks.
In April, a digital currency business Kali Digital Ecosystems Private Limited filed a petition against the RBI through its lawyers Khaitan and Co. They argued that the apex bank’s recent policies were in violation of the Indian constitution.

“The move by the RBI has put the burgeoning cryptocurrency sector in jeopardy and may affect the basic rights of such entities to carry on any trade. The circular appears to be arbitrary and unconstitutional since it does not give strong facts as to why RBI is against the business of cryptocurrencies,” Rashmi Deshpande, an advocate at Khaitan and Co declared.

“The decision was made in haste. Ample time should always be provided for a proper shutdown. But we respect the SBP’s decision,” he told The Express Tribune.

According to sources close to the matter, the ban initially threatened to crash the Pakistani crypto industry but the market is booming once again as alternative trading methods have been discovered.
Traders are now using peer-to-peer platforms such as Localbitcoins to transact, and the trading volume has gradually gained momentum once again.

“Traders realized that the SBP hasn’t, and can’t ban cryptocurrency in Pakistan. What the State Bank has done is ban banks from entertaining crypto, so if you’re not dealing via banks, you [still] can own and trade virtual currency in Pakistan, which comes under the IT ministry,” said a local crypto trader, Majid Ali.

Notably, the nation’s Ministry of Information Technology and Telecommunication is also making plans to ban cryptocurrencies.

“We have forwarded our recommendation for a ban on all forms of virtual currency trading, and proper legislation is being worked on,” a government official said.