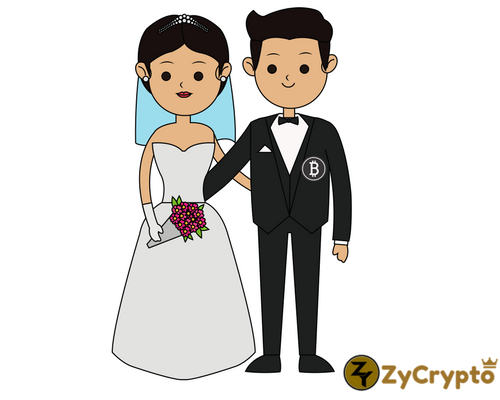 National governments and banks have been placing regulations which the cryptocurrency traders are eager to perceive, yet few cryptocurrency traders are appealing for laws to secure cyber wealth if subjected to divorce. Strange!
It is a wretched situation that few law firms based the United Kingdom has begun to see divorce cases that involve cryptocurrency.
Lawyers indicated that the opaqueness of bitcoin and altcoins could be used to cloak the wealth and assets that could be involved in the annulment. That means any kind of bitcoin assets hidden away on digital wallets by the spouses would have to be disclosed in case of a failed marriage.
One such case has been registered with Royds Withy King, a firm in London where the couple has filed a suit against over cryptocurrency worth £600,000 ($830,000). £80,000 was invested by the husband which later shot up during the market surge in December 2017.
Vandana Chitroda, a family solicitor of Royds Withy King, told BBC that, these are the first cases they have witnessed and expecting to see much more in the future. There will also be those divorces where a spouse may not have disclosed such assets, leaving a traceability nightmare.
The birth of cryptocurrency and the lack of regulations has made a lot of people rake in a lot of money in a very short duration. Such scenarios make the case harder for the lawyers as this would be the first time such cases have been dealt with.
The absence of central cryptocurrency authority has made it easier for the spouses to hide their stash in their online wallets making it into a very difficult situation.
In order to avoid dispute between the couples during divorce, in future, the spouses would be asked to disclose their digital assets which to some lawyers would not be a big deal. Thus, altering the anonymity of cryptocurrency.
It is an utmost unfortunate circumstance that for some cryptocurrency has become more sacred than marriage.