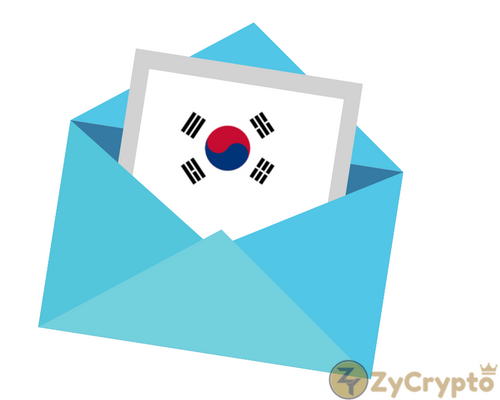 South Korea is news again after a very interesting January with its attempt to control the turbid market of cryptocurrencies. Statements of their high officials, very often contradictory, generated confusion and nervousness among investors.
Being South Korea one of the main cryptocurrency markets in the world, this series of statements had a terrible consequence for bitcoin prices, which fell from 19k to the 6k band due to multiple factors, among which the statements of the Korean government played a preponderant role.
After a series of threats to close crypto exchange, along with rumors of a complete ban of cryptocurrencies, statements issued by South Korea’s Minister of Finance, Kim Dong-Yeon, allowed to calm down people a little by mentioning that the government had no intention of banning cryptocurrency market.
As a result of this nervousness, an anonymous petition, made by a citizen under the alias “kakao”, was registered on the official website of the Government of the Republic of Korea in which they asked for an end on the anti-cryptocurrencies policies.
The petition entitled “Has the government ever dreamed a happy dream for our eleven people?” can be read in Korean. But a very rough Google translation allows you to cite his ( very valid) arguments:

“Damage caused by unreasonable investment is not only (relatable with) the virtual money, but also the stock (…) However, because of the illegal use of some virtual currencies, even regular investors are selling people who participated in illegal dumping”

The letter also criticized the way in which the Korean government referred to crypto investors, refuting the opinion of many international representatives that qualify the cryptocurrency market as a Ponzi scheme, gambling, or a not-serious-market:
“Do our people illegally gamble?
People are not stupid. In the flow of time, virtual money is invested in the fourth revolution. It is not just a random investment, but a meticulous understanding of the companies that issue virtual money like stocks. I invest wisely to the extent that I do not overdo my money”
However, in spite of demonstrating against the market ban, the petition recognizes the need to guarantee certain transparency to prevent unlawful acts, ending in the following way:

“It is a system (Cryptocurrencies trading) that must be done by the real name system of trade, tax, and of course, I do not object. However, in developed countries, they are already investing in virtual money and developing further. I hope that the economy will not decline due to unreasonable regulations. “

Korean government has the obligation to officially respond to any communication that manages to collect at least 200,000 signatures. The petition, filed on 2017-12-28 surpassed that requirement, collecting 228,295 signatures by 2018-01-27 (deadline)
Official response
Fulfilling its institutional duty, by 2018-02-14 the government issued the long-awaited response, publishing an interview on its website
In it, Hong Nam-gi, Head of the Presidential Office for Government Policy Coordination, talks about key points of the petition and the Korean policy, speaking as a member of the central government, taking his action as that of a spokesperson.
In this regard, he mentioned that the government does not prohibit or intents to ban the bitcoin trade, but it will establish transparency policies to combat fraud and illicit operations:

“At the moment, the government places a priority on the transparency of virtual currency transactions within the framework of current laws. These undesirable things occurred during the check-up process, such as money laundering through an unconfirmed virtual account, or in some cases, depositing customer money in the accounts of employees in the business.
So, I would like to say that the government introduced and implemented the “virtual currency trading real name system” from 1.30 on the last day, and the other is the “anti-money laundering guideline related to virtual currency”

He mentioned that although crypto trading is a very risky activity, the investor is the one who assumes it completely. The protective role of the State does not apply to natural cases of losses due to volatility but to frauds and illegal activities such as scams or phishing:
“In fact, a virtual currency transaction is self-responsibility, but if someone is injured by illegal activity and if someone is seeing the damage of goodwill in the course of the transaction, it would be the responsibility of the appropriate country”
He concluded with some very encouraging words in favor of the use of blockchain technologies and the state policy of investment in Blockchain I+D
“Blockchain technology is the key technology for virtual currency. However, the blockchain technology is a technology that can be used very much by combining with various industries such as logistics, security, and medical care, and it will become a universal technology that will be important in the era of the fourth industrial revolution in the future Smart contracts and block-chaining tend to progress to the Internet.
So the government has also significantly increased the budget associated with the blockchain this year. We will do our best to improve technology by developing technology for the blockchain or applying to the industry. In particular, as part of this, the government plans to make “Blockchain Industrial Development Basic Plan” during the first half of the year “
Good news for blockchain enthusiasts, developers and promoters of this technology as the most important revolution since the creation of the Internet