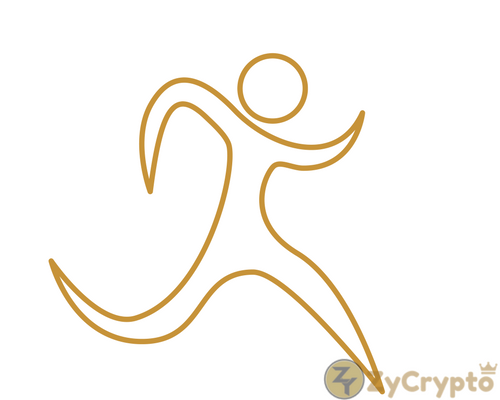 Cryptocurrency is gradually becoming more ubiquitous with each passing day. Canadian speed skater Ted-Jan has accepted digital currency payment for a sponsorship agreement with a social network and a virtual reality company at the Winter Olympics
Canadian speed skater Ted-Jan Bloemen is the world’s first athlete to be paid in cryptocurrency
CNN reported that, the speed skater has penned a one-year sponsorship contract with ONG Social, a social network and cryptocurrency community, and CEEK VR, a virtual reality firm
It is not easy to be a Winter Olympian especially concerning financial support. Bloemen is exploring a “whole new frontier,” said his agent.
The double world record-holder will share his Olympic journey on the ONG Social network and will also star in a 360 degrees virtual reality experience on CEEK VR.
All these activities would make Ted-Jan Bloemen a crypto millionaire.
In a joint statement with CEEK VR and ONG Social, the Olympic champion said: “Speed skating success is all about progression — building and building to peak at the right time.”
The CEO and founder of the virtual reality firm, Mary Spio said that the deal is a smart move for the athlete and the company because a whole lot of athletes would use VR to improve their performance shortly. In her words:
“Bloemen’s support for cutting-edge technologies is reflective of his proclivity for pushing the boundaries. We believe Virtual Reality isn’t just great for our audience (Ceekers) but will ultimately be used for training and maximizing player performance and potential.”
Volatility not an Issue
Even with the volatility of cryptocurrency, Bloemen was super excited about the deal. He took to Twitter to express his feelings. He tweeted:”I’m very excited to be the first ever #crypto Sponsored Athlete. Thanks @CEEK #VirtualReality and @Ong_Social for being at the forefront of technology and this great achievement. Looking forward to a great relationship and the exciting times ahead.”
As per Kgazette.com, ONG Social has mined roughly 300 million coins worth roughly $138.69 million.Its coin was created in June 2017.
Although, the details of Bloemen’s crypto sponsorship deal is undisclosed, he told Canada’s National Post that the agreement was a minimum amount in cash, but most in cryptocurrencies,” adding that: “For me, the real risk of not getting anything is not there, because i got a little (cash) out of it already.
And that combination makes this sponsorship really fun, right. Because we’re going to help each other. I’m trying to get them a little more exposure to make them succeed, and that would help all of us, right.”
Bloemen’s agent and president of Baslaw +Associates Inc., Lawrence Baslaw, called the endorsement “a first for any athlete.” He also noted that:
“This is really a whole new frontier. It will be exciting to see how cryptocurrency can work for Ted-Jan, in particular, but also the impact it will have on the sport marketing industry as a whole.”
Cryptocurrency is slowly but steadily settling down into global economy. In the near future, if the crypto market remains favorably regulated, many more people will embrace blockchain-based cryptocurreny.