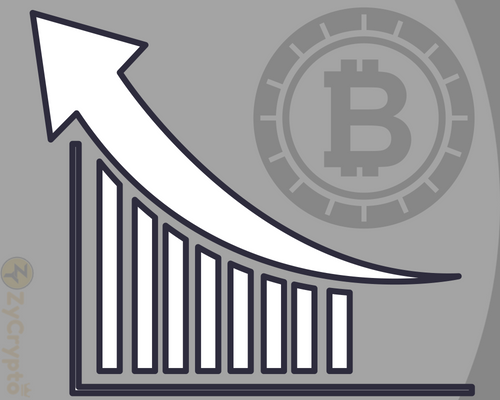 Tom Lee, managing partner of Fundstrat, appeared on CNBC’s Fast Money with Melissa Lee.  Fundstrat is an independent research boutique that manages wealth that provides a number of financial services to their client.
Fundstrat isn’t specifically a cryptocurrency wealth management firm, but the company and especially its CFO and co-founder Tom Lee, has been publicly bullish on Bitcoin.  The financial industry veteran addressed a few concerns that Bitcoin holders might have weighing on their minds.
Google search trends for Bitcoin are down.  They are nearly 75% lower than the height of searches at the beginning of 2018.  Tom Lee explained that it makes sense that the searches were way up during Bitcoin’s end of 2017 run but that the number itself doesn’t necessarily determine the price of the digital asset.

“Google searches aren’t the leading indicator for Bitcoin, but instead, acts as a ‘coincident indicator,’ and therefore shouldn’t be looked to as some sort of BTC price predictor.”

Fundstrat’s Lee also addressed the fact that trading volumes have dropped significantly after last year’s bull run.  He pointed out that while down from the record high trading volumes the market recently experienced that overall, trading volume is still trending up. “Compared to a year ago, at the same time, Bitcoin volumes are up nine hundred percent.”
Bitcoin has been hovering around the same price for a while and seems to suffer a flash crash each time it appears to break through; however, Tom Lee points out that the crypto market has moved in short bursts.
Huge amounts of money can enter the market from institutional investors and change the landscape of cryptocurrency at any time, causing a swell in Bitcoin’s price. “Bitcoin makes all of its performance in 10 days, in any year. So I don’t think that the fact that it is at the current levels is going to prevent it from actually rising before the end of the year.”
While waiting for the short periods of explosion described by the Fundstrat CFO, even during a crash, Bitcoin holders shouldn’t have to worry about the coin dropping below the price of mining a Bitcoin.  With the average price of mining one Bitcoin being around $6000, this would be the floor of a Bitcoin crash.
Lee also remains confident in his belief that traditional financial institutions will steadily enter the cryptocurrency sector.