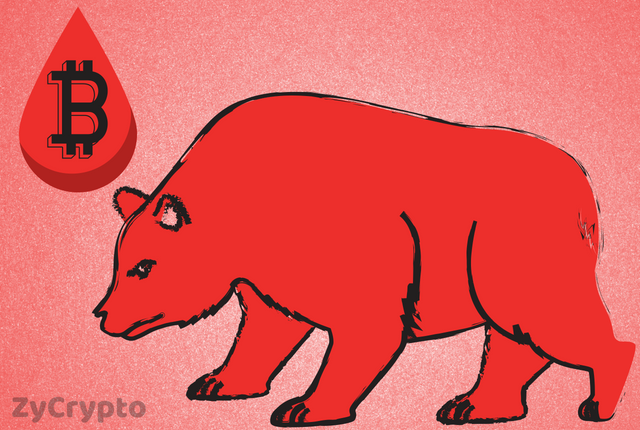 Bitcoin’s trading volume is facing severity in declination, thus the depreciation in trading price. It is no longer a speculation that a substantial amount of Bitcoin traders and investors are plagued by fear, uncertainty, and doubt (FUD) during the turbulence in the market.

While a handful of traders refer to themselves as HODLERS who have established that they are not cashing out anytime soon, a copious amount, in a bid to isolate themselves from any perceived future losses are exiting the market on a daily basis. The effects of this are evident in the ever-dwindling volume of the world’s leading cryptocurrency.

Not only did Market cap go from $20 billion to $17 billion, but trading volume has also been fluctuating ever so often. On the 19th and 20th, trading volume peaked at $1 billion and fell down to $858.3 million, further slumped to $480.4 million yesterday. As of this writing, trading price is at $5.07 billion, however, the token has lost as much as 5.28%, creating a possibility that trading volume is likely to lose momentum anytime soon. If the token loses balance, it may move from a current trading price of $4328.11 and move to the $3,000 mark. 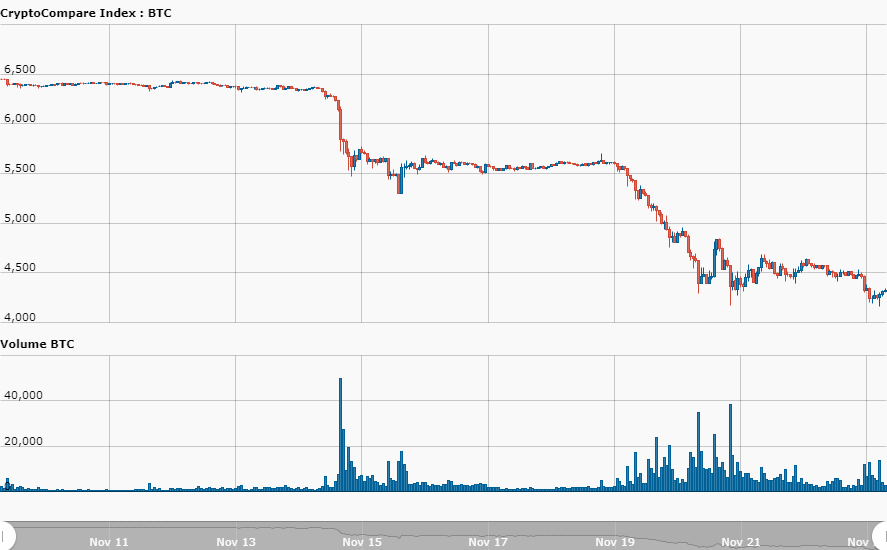 Most people have debated Bitcoin’s title, highlighting that Bitcoin is losing its position as the leader of the pack. This explains why traders canceling Bitcoin may not exactly be saying goodbye to the cryptocurrency world entirely, but instead, they are likely to invest in Altcoins whose potential they predict will take a rich turn. Ripple is a good example of one of the tokens that are beneficiaries of these trading perks.

A few days back, ZyCrypto reported on a cryptocurrency trader urging users to ditch Bitcoin and Bitcoin Cash to adopt Ripple. When one takes a close look at the hike in Ripple’s trading volume from October to November, it becomes indisputable that a new wave of adaptation has kicked in.

Back in October, Ripple’s trading volume was seated between $200 to $300 million. Once November kick-started, trading volume hit $400 million on the 2nd of November, four days later, volume skyrocketed to $1.3 billion. Although that price in volume was short-lived, the amount which has now moved from $4 million to $6 million in the last 24hrs, remains more promising than it’s rival tokens.