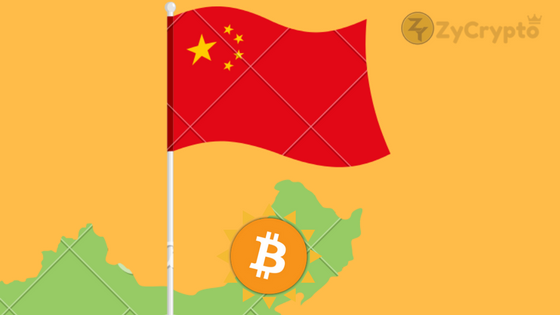 Bitcoin traders have said that the bitcoin trading market in china is still far from dead after the recent clampdown on initial coin offerings and some bitcoin exchanges in china which saw the bitcoin price to a pretty in value mostly in China.
This has made the bitcoin price a bit cheaper in Chinese than other countries with Beijing based bitcoin exchange huobi price at 24,568 yuan which is equivalent to $3,701.
The price is not too low for a country that people thought had erased bitcoin from china, which shows that indeed the market is still very far from dying.
Peer to peer bitcoin exchanges like Localbitcoins, Paxful, Remitano and a few of them have reportedly recorded a high transaction trading volume coming mostly from the Chinese citizens ever since the ban on the popular bitcoin exchanges.
Co-founder of LocalEthereum a newly launched ethereum private peer to peer trading marketplace also stated that the Chinese citizens were mostly the immediate registered users immediately it allowed signups on Tuesday.
This typically explains a brief overview that the Chinese citizens who are keen into Cryptocurrencies are not ready to back out of bitcoin ,no matter the regulations, A bitcoin  trader by name victor, as reported on Reuters, stated that..

They can’t set rules to stop me from investing in what I want to invest in. They say you are protecting me, but as long as I think this is good, they have no way to intervene

The wonderful use cases of bitcoin cannot be made away with once it is been used by anybody, even the government know of this, citizens have the right to spend their money where they want to, not to talk of on a Cryptocurrency which is certainly genuine and of good purposes.
The Chinese government banned ICOs and about 15 bitcoin exchanges but never made mention of banning bitcoin itself, this is why i think that the Chinese government might still have something for bitcoin in closed doors. the question will be is it Good Or Bad ..
Let’s hear your thoughts below…