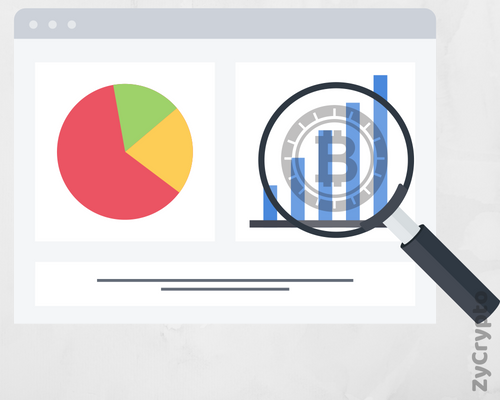 The American Institute for Economic Research (AIER) has come up with a report after a five years study on Bitcoin and four other cryptocurrencies, saying Bitcoin is one of the least volatile cryptocurrencies in the market today.
In a study carried out on these cryptocurrencies, Bitcoin, Litecoin, Ether, Bitcoin Cash, and Ripple. The outcome was that Bitcoin isn’t as volatile as people claimed it is. In a bid to explain how they arrived at this conclusion, the AIER stated that they used a fundamental metric:

This is probably some good news for the cryptocurrency – Bitcoin – as one of the reasons it hasn’t achieved its goal (being the virtual currency for micropayments) is because it is assumed to be a volatile cryptocurrency.
So why then do we see sharp spikes and drops in prices of Bitcoin in recent times. As analysts speculate, this is tied to the fact that most people hold their coins instead of transacting with them. This has made the limited amount of tokens being traded on the cryptocurrency exchanges have a significant impact of the price.
As time goes, when there’s a huge volume of Bitcoin in circulation, which will be as a result of a global adoption, the huge trades would no longer have a hold on price as we are seeing in the market today.

What If Bitcoin Is Pushed Behind?

There’s a possibility of Bitcoin being pushed away from first place, but maybe not anytime soon. We’ve seen this happen to Litecoin, with Ripple taking over 3rd spot, forcing the Litecoin (LTC) cryptocurrency down to 6th position.
Remember Bitcoin had over 50 percent of market shares to itself, these have changed in a couple of months with investors taking advantage of the challenges faced by Bitcoin – confirmation time and high fees – to spread their investments into other projects which seem to have better advantages over Bitcoin.
For now, all we can do is speculate what we think will happen in future, but if any cryptocurrency would overtake king Bitcoin, such coin most importantly must be easy to purchase on exchanges using fiat.