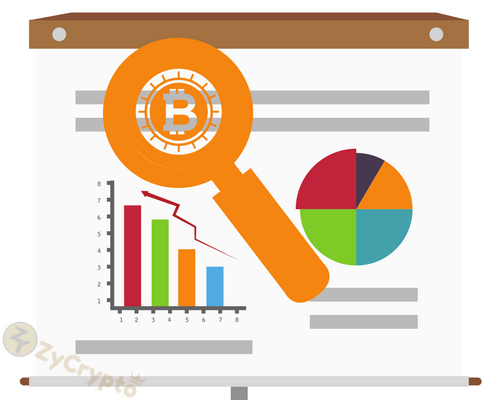 Bitcoin Cash finds resistance at $1500
Since its creation as the pioneer bitcoin first hard fork, bitcoin cash has really gained much media attention within the cryptophere of the cryptocurrency market. The coin has also been well criticised even up till today, it’s still regarded as a ‘scam’.
So where is Bitcoin cash heading? 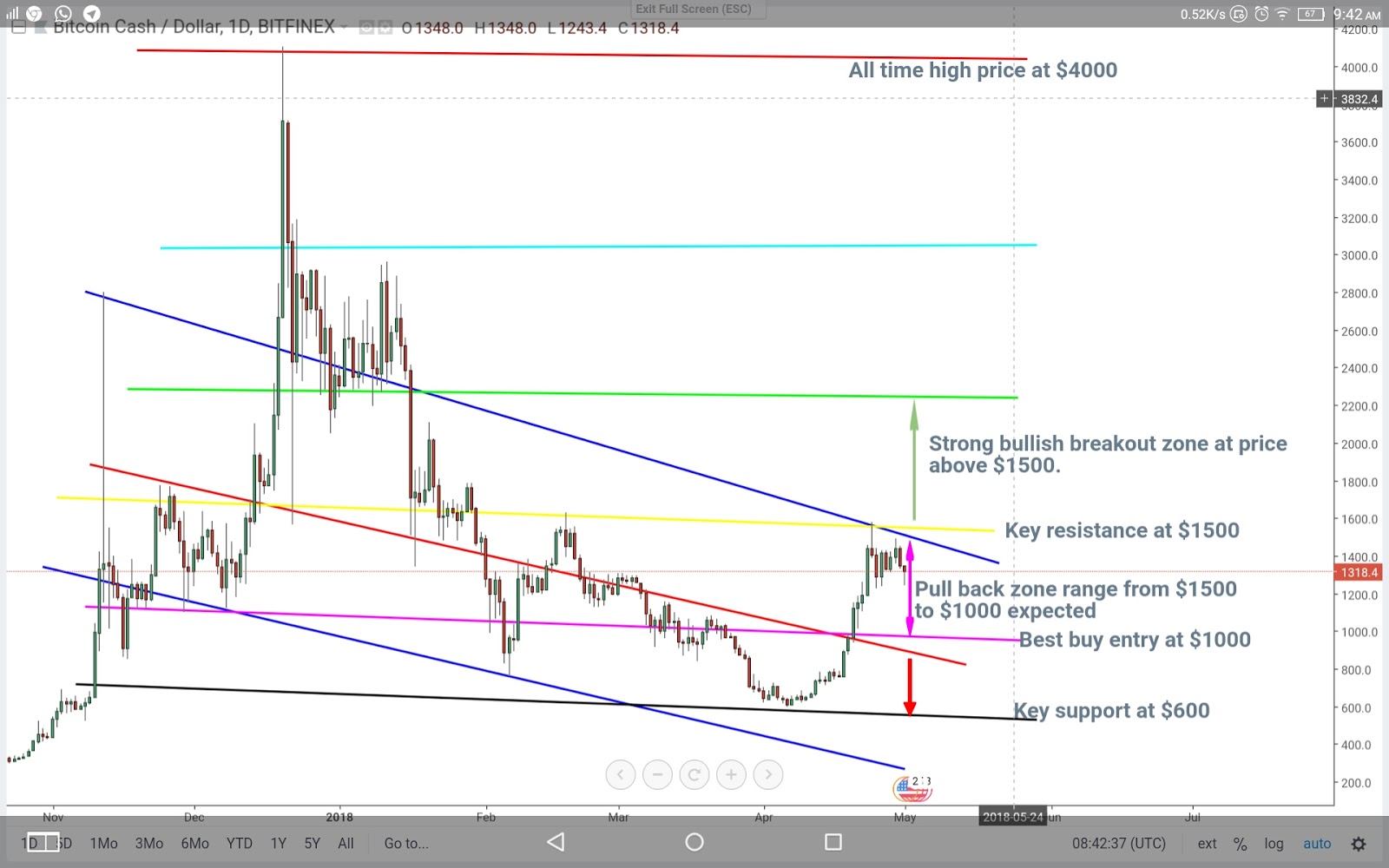 BCH/USD bear run began early January 2018 when it made its  all time high price to $4000.
The strong bearish breakout started when price closed below $2500 sometimes in February.
BCH/USD saw a massive sell off until it recently found support at $600 early April 2018.
Since April, BCH/USD has been making higher highs and just last week it got to $1500 which is a very key resistance level
The $1500 is a very critical level for the next move of BCH/USD. For a couple days now,  BCH has found it difficult to break above $1500. There seems to be a tug of war between the bears and the bulls at this level. If the bulls win and buying pressure intensifies, then strong bullish breakout is expected on BCH. First resistance at $2000
Critically, I  see a minor correction of BCH price to $1000 before the bull run could set in again.
Looking at the chart above and analysing on the daily timeframe, BCH is expected to trade lower towards $1000 if price is unable to trade above the yellow horizontal line and our upper blue trendline.
So, BCH is in a consolidation now and pull back is inevitable. So I don’t advise you buy BCH now until after the correction.  We should see some buying pressure coming in for BCH at $1000 .
On the other hand,  if selling pressure intensifies on BCH, and price closes below the red middle trendline, expect BCH to visit $600 key support again.
A notable key event that could have either a positive or negative impact on the price of BCH is the hard fork happening on the 15th of May 2018. Bitcoin Cash plans to upgrade to smart contracts and also increase its  block size to 32mb. If this event is very successful, bitcoin cash could soar above $2000 soon before the hard fork.
Keeping all fingers crossed, BCH could be on a bull run soon but a correction to $1000 is expected for BCH to witness strong buying pressure.

The views and opinions expressed here are solely those of the author and do not necessarily reflect the views of ZyCrypto.com. Every investment and trading move involves risk, you should conduct your own research when making a decision.