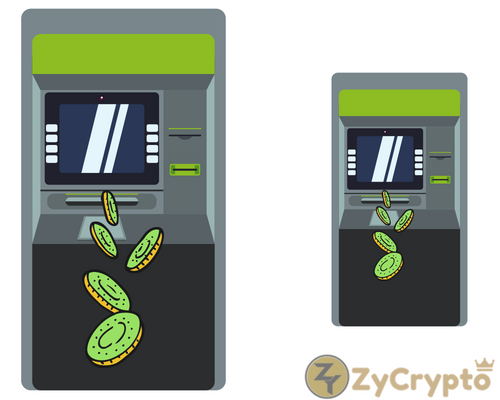 General Byte, one of the largest manufacturers of Bitcoin ATM Machines in the world announced installing new cryptocurrency machines in the Prague subway station in the Czech Republic. This is to enable those using the subway easily exchange their virtual currencies for fiat or purchase Bitcoin using the local money as well.
The machines were spread across the subway in strategic locations. As reported, about 2 million people use the Prague Metro Subway on daily bases, making it one of the busiest places in Europe.
The machines were installed at Skalka, Flora, Zlicin, Florenc, Nadrazi Veleslavin, Cerny Most, Pankrac, Hlavni Nadrazi, and Dejvicka. A detailed description of how to get to these locations have been displayed on the website.
The city of Prague is said to be one of the cities where cryptocurrencies, in general, is mostly adopted. The installation of these ATMs will sooner or later impact the price of Bitcoin cryptocurrency positively in the nearest future.
This is happening just some weeks after the city hosted one of the biggest blockchain conferences in the world. The conference, “Smile-Expo,” happened to be the fourth annual blockchain conference in Prague.
The conference was focused on Czech and projects implementing cryptocurrencies and the blockchain platform. Different experts were there to enlighten participants and also share their experiences on implementing Blockchain technology with the banking system, with the media, healthcare sector, and government institutions.
Out of over 3,000 Bitcoin ATMs in the world as of today, the company, General Bytes has manufactured and installed about 27% of the total number. This is because the Czech Republic is one of those countries which the government hasn’t made any disturbing rules against virtual currencies like other countries have done. Nevertheless, tax officials and the country’s national bank have been having series of discussions on virtual currencies.
The eCommerce platform, Alza, and utility company Prazska Plynarenska have recently integrated cryptocurrency payments of their platforms to support the global adoption and also to encourage the use of virtual currencies among youths who are always fascinated about using their mobile devices in making financial transactions.
Czech is ranked 7th in the countries which have the most Bitcoin ATMs installed with a total of 46 at present. The United States is currently topping the charts with about 2,000 ATMs presently in different locations in the country.
To find more Bitcoin ATMs in the city, click here.