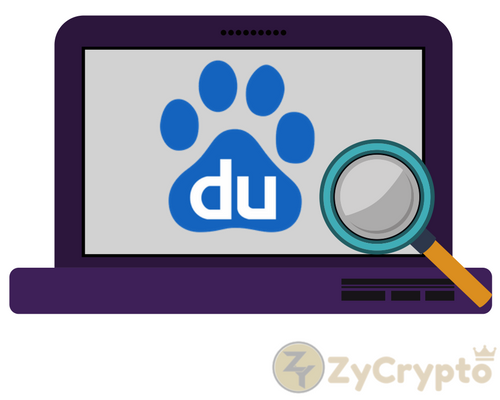 A well known Chinese search engine Giant, Baidu has placed a huge bet on Blockchain Technology.
According to Baidu they have launched the blockchain-as-a-service (BaaS) platform. Baidu is always been a strong contender of Google and other search engines in providing search engine services especially in China.
In Fact it is No 1 search engine in China and while the world giant search engine Google stands at 6th position then comes Bing and yahoo search.
And as per the Wikipedia, Baidu has the 2nd largest search engine in the world, and held a 76.05% market share in China’s search engines market, the largest in the world, as of April 2017 This Blockchain platform developed by Baidu based on their own technology is claiming to provide the most user friendly blockchain service and will be effective to able to fulfill the necessity.
As per their devoted website says, conducting and tracing of transactions is already provided and which provide a transparency among the users.
This technology has various use cases such as bank credit management, insurance management,financial auditing, healthcare, election commission etc.
Baidu says the technology has already been applied in securitization and exchange of assets, and claims its contribution as the “first asset-backed securities exchange products using blockchain technology in China.”
We have already heard the news of launching the blockchain by Tencent in April 2017.
Tencent is the world’s biggest investment corporation, one of the largest Internet and technology companies present in the world, as well as the largest and most valuable gaming and social media company in the world.
Its many services include social network,web portals, music,e-commerce, mobile games, internet services,  smartphones, payment systems and multiplayer online games, which are all among the world’s biggest and most successful in their respective categories
With the launch of Baidu Blockchain project , it looks like Baidu is following Chinese internet conglomerate Tencent in launching its own suite of blockchain services.
Baidu was well in favored of cryptocurrencies and was always supporting it. This was the reason it started accepting bitcoin payment in late 2013 for its service called Jaisule, which improves websites’ performance, speed and security.

What Ban? 20% Of All The World’s Bitcoin Miners Remain In China