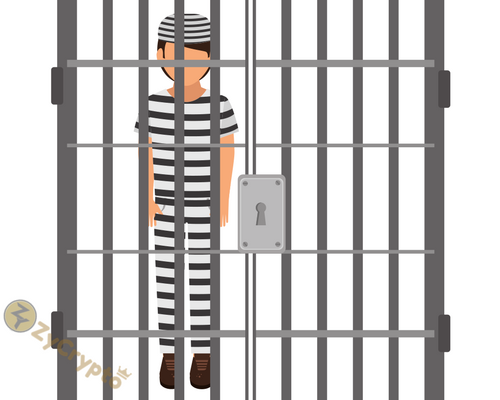 The CEO of the internet classifieds webpage Backpage.com, Carl Ferrer, has pleaded guilty to a number of crimes, one of which happens to be money laundering involving cryptocurrency.  Among several other unsavory charges, he admitted to using cryptocurrency processing companies and exchanges to conceal millions from authorities.
He also admitted to knowing that the lion’s share of ads run on his website were for prostitution and other nefarious dealings. The site has been shut down permanently and Ferrer has agreed to hand over all data pertaining to the website. Even though Ferrer has cut a deal with prosecutors he still faces up to 5 years in lockup.
Backpage has been long known for its tolerance of an assortment of criminal activity, including drug trafficking and prostitution.  The DOJ has claimed that nearly all of the 500 million dollars that Backpage raked in was the “proceeds of illegal activity.”
The cryptocurrency world is often seen as a tool for criminals and unlawful behavior and bound to appeal to enterprises looking to operate beyond the boundaries of the law.  Of course any new technology will inspire new ways to scam people, but some fear cryptocurrency is a harbor for crime itself and that its emphasis on privacy only serve to make stopping crime harder.

In the indictment, the Department of Justice specifically mentions that the popular CoinBase was used to commit his crime as well as Crypto Capital, GoCoin, Kraken, and Paxful.
Coinbase has taken some bad press for the crooked actions of some of their users, and has been criticized for enabling criminals through their service. But they have also appealed to the SEC to make them a regulated exchange and have shown increased efforts of transparency.
As more and more alt coins pop up with the intentions of creating 100% privacy during transactions, it begs the question, is cryptocurrency just making it easier to get away with crime?  The exchange of banned goods and services such as drug and weapon dealing, in addition to human trafficking are all activities that are attracted to the private nature of cryptocurrencies.
Shady businesses have been known to use bitcoin to circumvent tax laws and make clandestine illicit deals. However, as regulations become more common and clear, it may become increasingly harder for criminals to operate in secrecy.  The challenge will be for crypto startups to create private, secure products that are able to comply with government regulation.